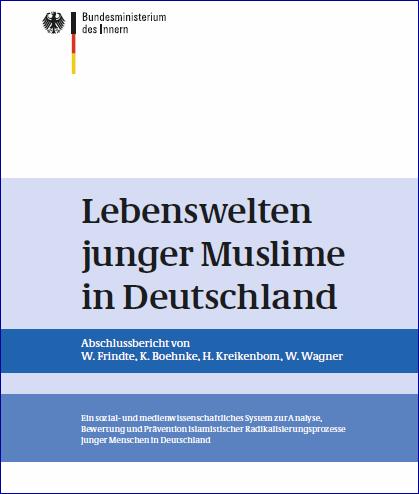 Nearly every fourth non-German Muslim rejects integration, questions western values and tends to accept violence, according to a study commissioned by the German Interior Ministry and released late Thursday morning.

Interior Minister Hans-Peter Friedrich said the study’s results were worrying, according to an interview published on Thursday. “Germany respects the background and cultural identity of its immigrants. But we don’t accept the importation of authoritarian, anti-democratic and religiously fanatical points of view,” Friedrich told the Bild newspaper. Whoever fights against freedom and democracy will not have a future here, said the minister – a member of the ruling Christian Democratic Union’s sister party, the Christian Social Union.

The survey showed that of Muslims living in Germany who were not German citizens, 52 percent favored integration, while 48 percent “strongly leaned toward separation” and clearly rejected German majority culture.

But when taking into account both Muslims who were German citizens and those who were not, the figure rose to 78 percent in favor of integration, versus 22 percent who favoured a more separatist approach.

The survey also showed that among the 14 to 32-year-olds there exists a “subgroup” of religious extremists who hold anti-western views and are reportedly prepared to use violence. This group amounts to about 15 percent of Muslims with German citizenship and about 24 percent for Muslims who are not German.

Hans-Peter Uhl, the domestic affairs spokesman of the CDU/CSU faction in the German parliament, the Bundestag, told the Neue Osnabrücker Zeitung that the high number of Muslims who don’t want to integrate is “alarming”. “Rejecting integration can, but it doesn’t have to, provide fertile ground for religious fanaticism and terrorism,” Uhl said in an article published Thursday. Uhl is calling for non-German Muslims to show proof of their integration.