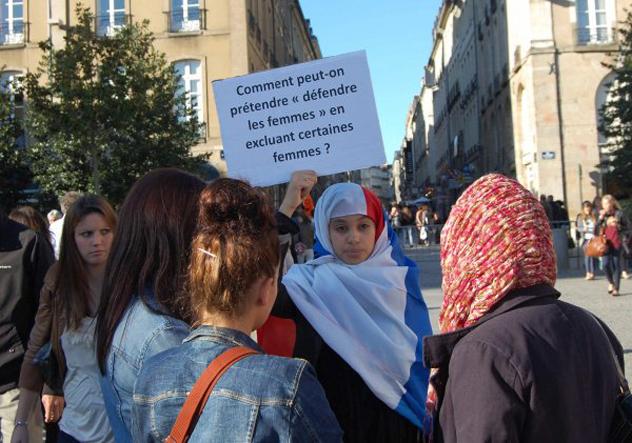 Around 50 women gathered Saturday afternoon outside the city hall at Rennes to denounce the Islamophobic discrimination faced by veiled women. The collective, made up of Muslims and non-Muslims, women veiled and non-veiled, sought by this action to call on public opinion to combat prejudice.

On their placards were slogans such as “How can we claim to defend women by excluding some women?” or “No to a ban on the veil. No to the imposition of the veil. Freedom of choice for all women”. They also denounced the draft law to ban the wearing of the veil by child minders, or the circular which prohibits veiled women from accompanying their children on school trips.

These demands echo the campaign by CCIF for the repeal of the Luc Chatel circular, which has been found to be discriminatory: follow this link to send a letter to Vincent Peillon, the new minister of national education. 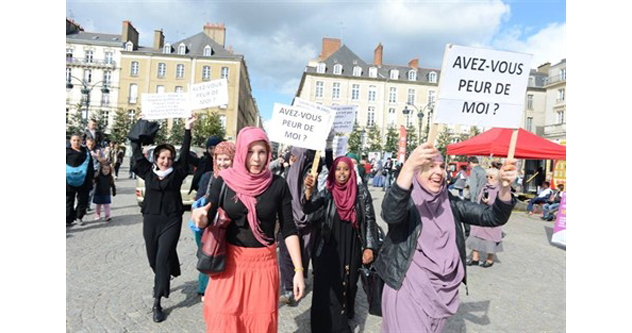