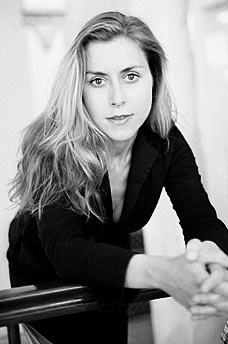 “… the burka and all ostentatious religious signs have already been banned in state-run schools since 2004. And in hospitals or municipal offices, anywhere where people interact as equal citizens, staff are not allowed to wear hijabs or burka, and patients or members will be told to unveil.

“The ban in schools was passed in 2004 as a reaction to the Socialist Government of Lionel Jospin, which was seen as violating the spirit of the 1905 law on the separation of Church and State. Its laissez-faire attitude allowed a handful of teenagers to start wearing the hijab in school, provoking national outrage and a debate that lasted until the 2004 law finally enforced the Republican principle.

“That such a debate is taking place again reveals the sturdy health of secularism in France, a tradition that doesn’t shy away from being confrontational even in a country with the largest Muslim and Jewish communities in Europe.

“Similar debates seem impossible in Britain. When Jack Straw dared to state the obvious in 2006 by saying that the burka and the niqab were ‘visible statements of separation and of difference’ before asking politely that women visiting his constituency surgery consider removing them, it provoked angry protests from Islamic associations and the British liberal-Left, always inclined, it seems, to defend the rights of liberty’s enemies.

“Seen from France, Britain’s tolerance of extremist views looks at best naive, at worse dangerous…. Seen from Britain, French principles of equality and secularism are often misinterpreted, and dismissed as authoritarian or prejudiced. But critics of the French approach don’t seem to understand that secularism is neutral – the State doesn’t recognise any religion in particular but protects them all, guaranteeing cultural and religious diversity by ensuring that one faith does not get the upper hand.”

Yes, that’s the same French state that is so committed to observing strict neutrality towards all faiths that it banned the Islamic headscarf from schools but ordered flags on all public buildings to be flown at half mast to mark the death of the Pope.

And it’s the same Agnès Poirier who is so committed to the principle of public debate that she rejected an invitation to speak at Ken Livingstone’s “Clash of Civilisations” conference because she would have faced other platform speakers who disagreed with her narrow and dogmatic interpretation of secularism.