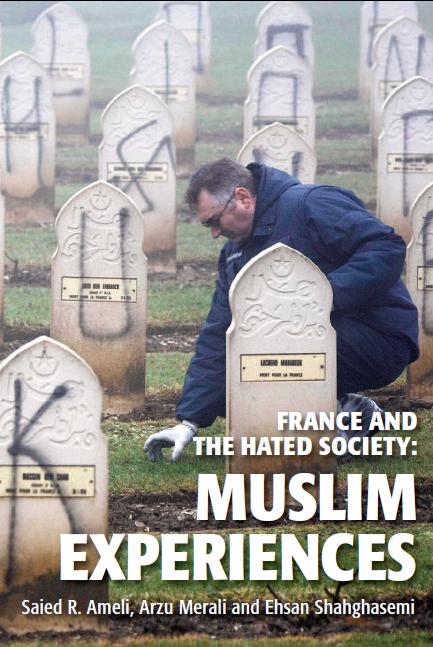 Discrimination, abuse and Islamophobia. France’s Muslim population reveal their experiences of bearing the brunt of anti-Muslim hate crimes in a new book published by the Islamic Human Rights Commission. The study looks into how France’s institutions, political culture and attitudes towards Islam have created a hostile and dangerous environment against Muslims.

In London, an event was held to address the growing concerns of Muslim demonization in Europe. Communities were encouraged to foster better understanding in order to counter the inflammatory propaganda against Islam.

In the current political climate Muslims have been the target of attack after attack in the Western media. The panel here are discussing whether this virulent form of Islamophobia is being passed off as freedom of speech in Western discourse, speech which if targeted against any other community would be seen as unacceptable.

The main speaker at the event was Marwan Muhammad, a French Muslim rights activist who set up the Collective against Islamophobia in 2003, an organization fighting anti-Muslim hate crimes and discrimination. He sees a direct link between Islamophobia in the media and psychological and physical assaults against Muslims.

Experts warn that offensive and insulting media propaganda against Islam is now being seen as normal in a growing number of circles within Europe. They argue that this allows far right groups, such as the English Defence League in the UK and the National Front in France, to openly promote their hatred against Islam, resulting in far more serious attacks on Muslims in the West.