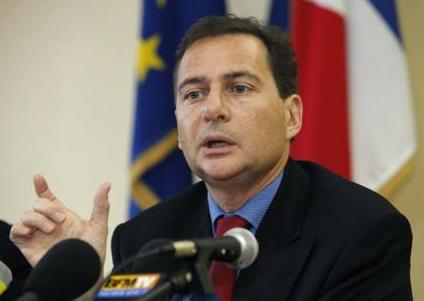 France’s immigration minister said Wednesday that he wants the wearing of Muslim veils that cover the face and body to be grounds for denying citizenship and long-term residence.

Eric Besson said he planned to take “concrete measures” regarding such veils, which are worn by a small minority of women in France but have become the object of a parliamentary inquiry into whether a ban should be imposed. Besson spoke during a hearing before the panel of lawmakers as their nearly six-month inquiry draws to a close.

Besson said he believed a formal ban on veils that cover the face and body seemed to him “unavoidable,” with a ban in public services as a minimum step. Whether such veils are banned or not, he said he intends to personally move forward to ensure that women wearing such veils and seeking French nationality or residence cards are denied.

“I want the wearing of the full veil to be systematically considered as proof of insufficient integration into French society, creating an obstacle to gaining (French) nationality,” he said. He said he would advise prefects, the highest state representative in the various French regions, that the wearing of such veils is a motive for not delivering 10-year residence cards.

Besson said he was prepared to put the measures before parliament to make them law. In November, Besson ordered a nationwide debate on the French identity, to conclude by the end of January with possible measures.