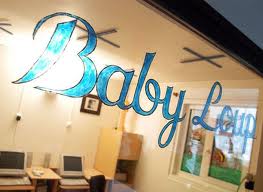 A French court has ruled against a woman who sued a private child-care centre that fired her for wearing an Islamic headscarf and cloak to work. The case has become a symbol of the debate over religious freedom in France.

The Baby Loup nursery, which is open 24 hours a day, seven days a week, is located in a poor housing project in the town of Chanteloup-les-Vignes, northwest of Paris. Fatima Afif was fired for wearing a hijab, an Islamic headscarf and a full-length dark cloak. It was not the burqa or niqab, which are face-covering veils.

Nursery director Natalia Baleato said Afif’s clothing choice violated internal policy. “Our statutes require us to observe religious neutrality,” said Baleato. “People who work with children here all wear a uniform, a smock. Her clothing made it impossible for her to wear the uniform.”

Afif sued Baby Loup for unfair dismissal. Afif declined to be interviewed Monday, as did her lawyer, Madja Regui. But at a hearing last month, Regui told French media the nursery’s religious neutrality policy is excessive. On Monday, the employment court sided with the nursery, and the public battle has divided the neighbourhood.

Mounir Satouri, the director of the community centre, said France needs to find a way to reconcile religious expression with the country’s staunchly secularist tradition. “I’m a secularist. I believe that in the public sphere, religion shouldn’t be present. The social contract has to rest on other values, values of social and republican compromise. But does secularism require that religion be erased? I would say no.”