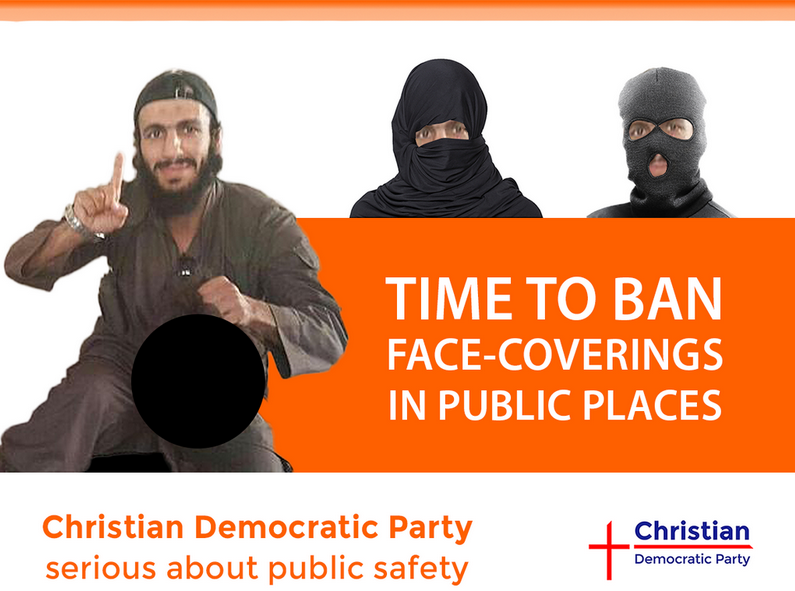 Christian Democratic Party leader Fred Nile’s latest attempt to ban the burqa across NSW has been branded anti-Islamic and a political stunt.

Mr Nile’s private member’s bill, introduced in state parliament on Thursday, would prohibit the wearing of the burqa and other face coverings in public. It follows similar bans in Belgium and France, and comes after his failed attempt at blacklisting face coverings in 2010.

While Mr Nile stressed that his bill’s text did not include the words “burqa or Muslim”, much of his speech to parliament about the plan focused on the burqa.

He says the measures come at an “opportune” time after Wednesday’s arrest in Queensland of two men allegedly linked to terrorist groups in Syria. “We also face the new Islamic State (IS) terrorist threat, whose black uniforms for both men and women include face coverings to prevent identification,” he told the upper house.

Labor MP Amanda Fazio said the measures were “anti-Islamic” and had more to do with Mr Nile’s bid for re-election in March. “These measures are the opposite of everything we’re trying to achieve in Australia in terms of being inclusive and having a harmonious society where we respect difference,” she told AAP.

Silma Ihram, from Australian Muslim Women’s Association, branded the move as “unfortunate”. “(This) is only going to further traumatise members of the (Muslim) community who are absolutely innocent and have every right to wear the fashion of their choice,” she said.

Under Mr Nile’s plan, a person who covers their face in public would face a $550 fine and a person who forces someone else to cover their face would be hit with a $1100 penalty. The plan allows faces to be covered under certain conditions, such as during a parade or if “Sydney is suddenly hit by a blizzard and ski masks are the latest fashion”, the MP said.

Greens MP Mehreen Faruqi said the move was another example of “conservative men trying to control what women do”.

John Blaxland, an intelligence and security expert at the Australian National University, said authorities already had powers to ask for face coverings to be removed. He said Mr Nile’s plan was unlikely to be supported by the security community.

Comment has been sought from NSW Premier Mike Baird.

Debate on the bill was adjourned.