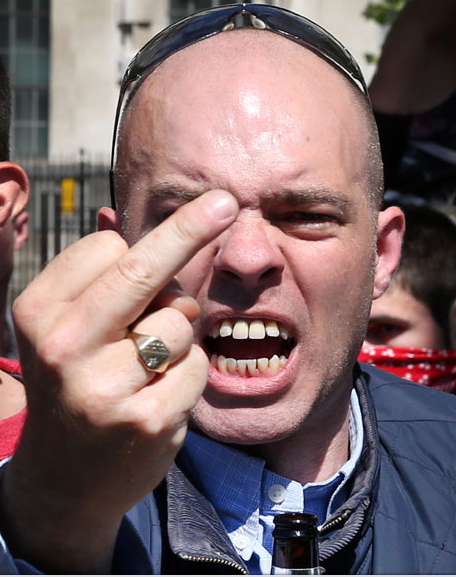 About 1,000 protesters chanted “Muslim killers off our streets” and “There’s only one Lee Rigby” in tribute to the soldier killed in Woolwich, south-east London, last week. A massive police presence kept them apart from a smaller group of anti-fascist activists, with officers making 13 arrests in total.

Simon Morris, 45, of The Drive, Brent Cross in north-west London and Christopher Mee, 24, of Bradwell Avenue, Romford in Essex, were arrested in Leicester Square and charged under Section 4 of the Public Order Act.

Nicholas McGee, 20, of Misbourne Road, Uxbridge in west London was also arrested in Leicester Square and charged with possession of class A drugs.

Anthony Drury, 48, of no fixed abode, was arrested in Whitehall and charged with possession of a bladed article.

Of the nine other people arrested, four were bailed pending further investigation and five were released without charge.

The Metropolitan Police have launched an investigation to identify all the troublemakers involved in disruption during the protest. Anyone with information is asked to contact police on 101 or call Crimestoppers anonymously on 0800 555 111.