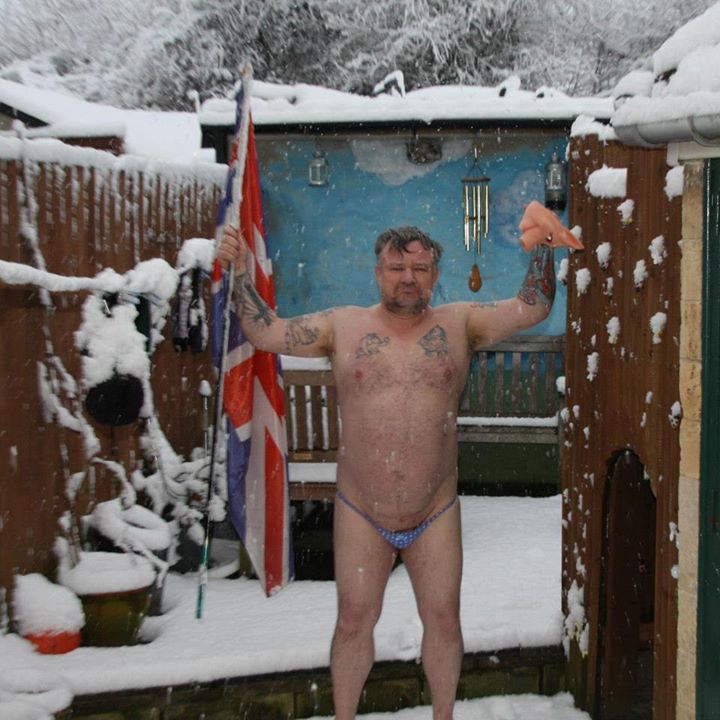 A group calling themselves The Patriots are planning to hold a march in Bristol early in the New Year in the wake of a case which saw a group of Somali men jailed for sexually abusing young women in the city.

As reported in the Bristol Post 13 men were jailed for a variety of offences committed against young women in Bristol and a further nine case of sexual exploitation involving young women are being investigated.

Mickey Bayliss [pictured], who helped organise an English Defence League march through the city centre last year is one of the people behind the next year’s planned event.

Mr Bayliss said: “I would like to make it clear that I am no longer a member of the English Defence League. But we want to hold this march through the city in the New Year.

“The feeling is that not enough is being done to stop cases like this happening. There was a gang of men who were systematically abusing young women and people should be made aware of the issues surrounding these kind of cases.

“We have seen similar cases in different parts of the country and we believe that more should be done to stop these people abusing young women.”

A time and date for the planed march has still not been decided but it is expected to take place some time in January.

British-born Muslim Anira Khokhar has written in the Bristol Post claiming that race is not an issue. She said: “The reporting of the verdict has always been very biased, focusing on the ethnicity of these men, rather than the crime. This was also the case with the Rotherham verdicts.

“What needs to be made clear is that this crime has nothing to do with race or religion; it’s merely about a mind-set that these perpetrators have. They focus their attention and play on the vulnerabilities of their victims, something that has been consistent with all sexual exploitation cases.”

“There is still work to be done in the days, weeks, months and years ahead and we won’t rest while there is the risk of just one young person becoming the victim of sexual exploitation.”