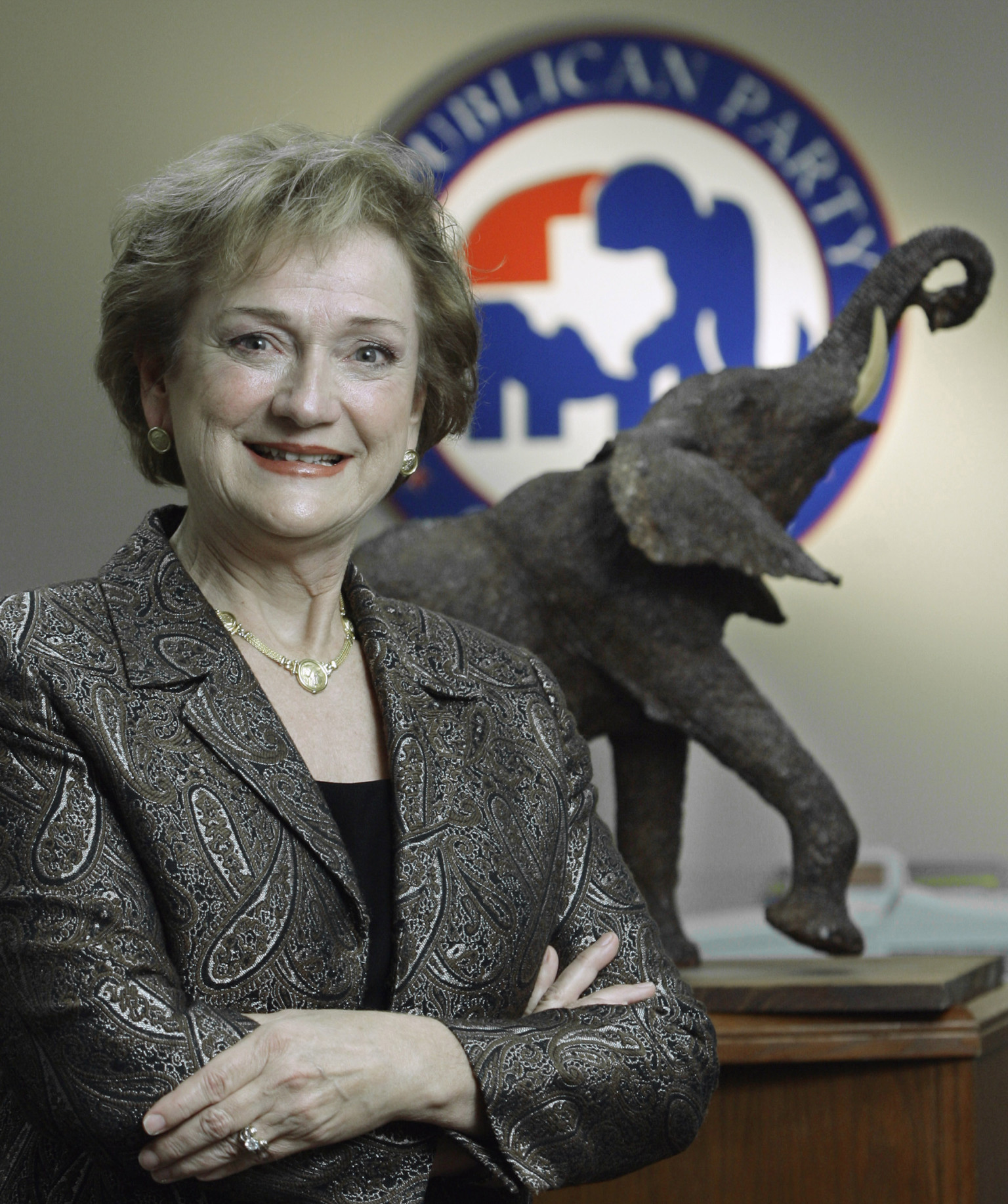 The government and the culture of the United States are being infiltrated and undermined by “a warring religion,” and the Muslim Brotherhood is behind the drive, conservative political activist Cathie Adams warned those attending Tuesday’s meeting of the Texas Patriot Tea Party.

Adams, a former state chair of the Republican Party of Texas, is president of Texas Eagle Forum, the Lone Star arm of Phyllis Schlafly’s Eagle Forum. Adams said she has studied in Israel and worked with Jewish people, as well as studying the reach of the Muslim Brotherhood in the U.S. and around the world.

The Muslim Brotherhood is a transnational Islamic political organization that has the stated goals of establishing Islamic Sharia law as “the basis for controlling the affairs of state and society” and unifying “Islamic countries and states, mainly among the Arab states, and liberating them from foreign imperialism.”

But Adams said that the Muslim Brotherhood’s agenda includes creating a worldwide Islamic state, including the U.S., by overturning the laws and constitutions of other countries and replacing them all with Sharia law. It’s motto, she said, is “Allah is our objective. The Prophet is our leader. The Quran is our law. Jihad is our way. Dying in the way of Allah is our highest hope.”

Adams told her audience on Tuesday not to be taken in by claims that Islam is a peaceful religion, adding that just listening to public statements by Muslim leaders and reading the tenets of Islam provides ample evidence to the contrary.

Sharia law, Adams said, tells Muslims everything on how to live, and that it is “held by every Muslim,” not just extremists. “How do you know who is going to turn radical when every Muslim embraces Sharia law?” she said.

Adams said that while Islam teaches Muslims not to lie to other Muslims, on the other hand it demands that Muslims lie to non-Muslims when necessary to protect and promote Islam. “If it’s a Muslim telling you something, you really don’t know if it’s the truth or a lie,” she said.

And while Muslims are “extremely hospitable when you are under their roof,” as required by their religion, that hospitality ends as soon as you leave their home. “Walk out of their home and you can be shot in the back,” Adams said.

Adams said that the basic tenets of Islam and Sharia law are contrary to the U.S. Constitution, because Sharia law does not treat men and women equally, nor does it treat Muslims and non-Muslims equally. America “must remain a land that holds to the rule of law, or we will fall,” she insisted.

Adams quoted conservative author and investigative journalist Paul Sperry, who wrote in his book “Infiltration” that in Islam, America is fighting “a perfect enemy” that exploits America’s own culture and its tax laws to undermine the government and culture. She said Muslims in the U.S. are staging a “stealth jihad” and waging political and psychological warfare on this country.

Political leaders are being manipulated and Muslim forces are using the schools to indoctrinate young people, Adams said. Even some churches are being taken in, she said, adding that some Christian pastors have allowed Muslims to speak from their pulpits. “They say, ‘We all worship the same God.’ No, we do not,” Adams said. “Ultimately their god is represented by a black stone. Their prophet is dead and buried in the grave, and he did not rise on Easter. If you want to be kind to Muslims, be kind with the gospel.”

Adams said that Americans’ efforts to be politically correct are allowing the Muslim Brotherhood to further infiltrate the government, the schools and even the military. She pointed to the 2009 mass shooting at Fort Hood by Nidal Hasan as an example, saying that Hasan was allowed to continue as an Army officer even though he had on several occasions publicly expressed his extremist views. Hasan was able to carry out the shootings at Fort Hood because military officials were “playing politically correct games,” Adams said.

Even some people seen as conservative leaders are playing into the Muslim Brotherhood’s agenda, Adams said, including Americans for Tax Reform founder Grover Norquist and former President George W. Bush.

“We’ve got trouble brewing,” Adams said. But, she added, “I am not discouraged, because he is still on his throne and he will overcome and we will be victorious.”