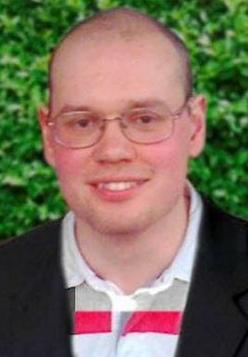 The mother of a former BNP election candidate has denied he posted racist and homophobic messages on Twitter. A friend claimed David Child, who received 23 votes in the 2012 Grove byelection, was the victim of a “hate campaign by lefties”.

The account used to be called David Child @BNP_activist during the election, and has also been called David Child@NF_activist. It was deleted after the Surrey Comet contacted it to find out who was running it.

Mr Child declined to speak to the Surrey Comet, but his mother Margaret said: “It is not David’s account.” She said: “David is a vulnerable person with Asperger’s. Someone is out to cause him trouble. He is so upset about all of this.”

Sarah Taylor, a friend of the family, but not a BNP member, said Mr Child was being distressed by “a hate campaign” against him. She said: “His mum complained to the police. Someone phoned the house pretending to be the police.”

Asked about the tweets, she said they were most likely to be fake accounts: “I have never seen any tweets like that. It is not evidence. Most of the time you will find it is lefties behind the fake Twitter accounts.” Asked about the language used, she said: “Of course it is bad. If it is a lefty I hope the police take then down and prosecute them.”

David Child is a “soft man, who doesn’t have any hate in him,” a spokesman for the BNP has said.

Steve Squire, the party’s London spokesman, said he believed Mr Child was being “attacked from all sides” and said he found it hard to believe the New Malden resident was behind the racist Dave British Twitter account. Mr Squire also confirmed Mr Child had left the BNP shortly after standing in the Grove ward byelection to join the National Front.

Mr Squire said: “From what I know of Dave Child there isn’t any hate in him at all. He suffers from this illness [Asperger’s] and he isn’t capable of hate or violence. He was a member, but said we weren’t a racial national party and he went to the National Front.

“I find it hard to believe he wrote it. He’s a big, soft man. It could be somebody out to get him. It seems he’s being attacked from all sides.”