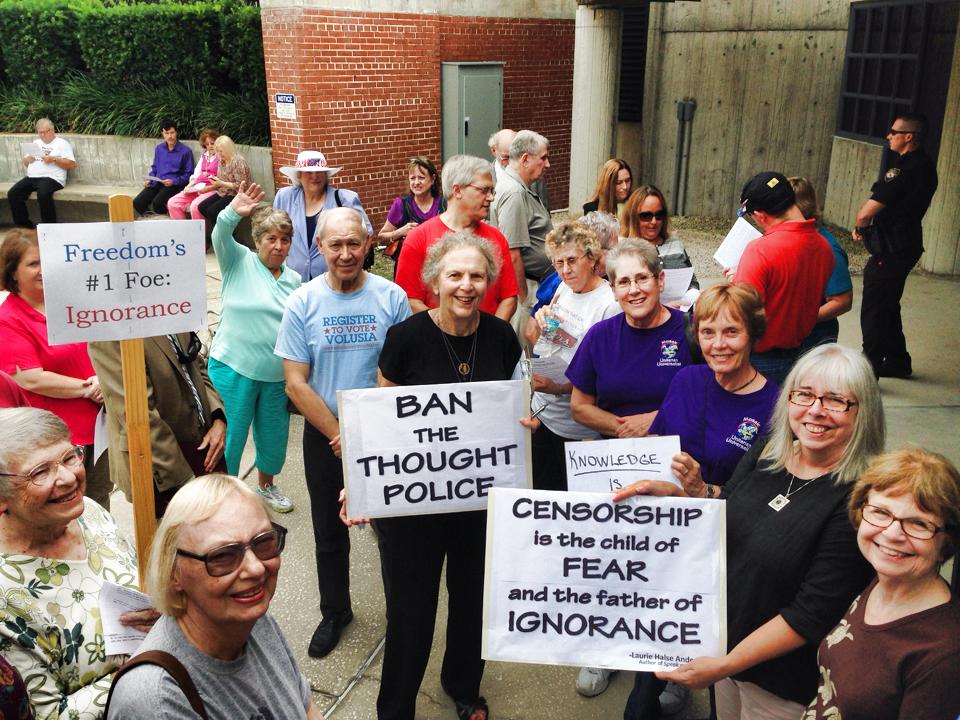 A world history textbook that sparked a heated controversy over the way it covers Islam will remain in Volusia County high schools, the School Board decided Monday after hearing four hours of public comments about its merits and shortcomings.

“I’m still confident with this book and its presentation to our students,” School Board Chairwoman Diane Smith said after hearing from nearly 80 speakers with widely differing opinions.

The board didn’t take a formal vote, but only member Linda Costello pushed for a more thorough review. Candace Lankford, Stan Schmidt and Ida Wright sided with Smith to keep the textbook in Volusia classrooms.

“It’s kind of what I would have expected,” said Walter Hanford, a book opponent who stuck around long enough to hear the board discussion. Hanford told the board earlier in the meeting the “World History” textbook published by Prentice Hall “whitewashes” the history of Islam and its Muslim followers, including involvement in the 9/11 terrorist attacks and the shootings at Fort Hood, Texas.

The textbook controversy erupted in early November after a Deltona High parent complained about the book’s treatment of the Islamic religion to a Lake County friend, who posted information on Facebook and organized a protest rally before the School Board’s Nov. 5 meeting.

The Nov. 5 meeting was canceled before it began over security concerns and the controversy has continued to simmer, with Volusia County Republican Executive Committee Chairman Tony Ledbetter taking leadership of the textbook protest.

The atmosphere at Monday’s meeting was quieter with opponents and supporters of the textbook filling the boardroom to overflowing while a small number of people milled around outside.