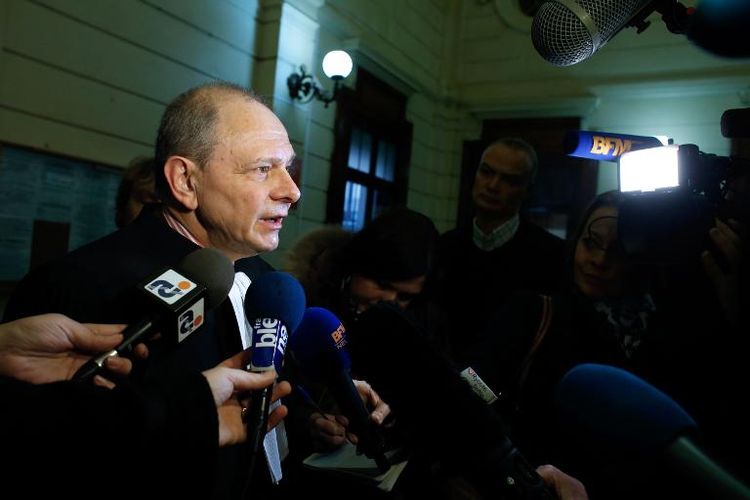 A French court has convicted a woman for insulting police who ticketed her for wearing a face-covering Muslim veil, banned by French law. The confrontation between Cassandra Belin, her husband and police triggered riots in the Paris suburb of Trappes last year.

Her lawyer, Philippe Bataille, says Belin was fined 150 euros and given a one-month suspended sentence Wednesday. The lawyer also argued that the veil law is unconstitutional, and asked for it to be sent to the Constitutional Court. The lower Paris court Wednesday threw out that request.

Police sporadically ticket women who wear the veil, banned since 2011. The riots in Trappes reflected tensions between police upholding France’s strict policies of secularism and those who accuse authorities of discriminating against France’s No. 2 religion.

According to the AFP report, Philippe Bataille (pictured) said that he and his client will consider whether or not to appeal. Bataille added that he would continue the fight against the veil ban, which he described as draconian and discriminatory towards Muslims. A spokesman for the Paris police officers’ association condemned the sentence imposed on Ms Belin as “inadequate” and said it meant that “officials may be insulted on the street with impunity”.