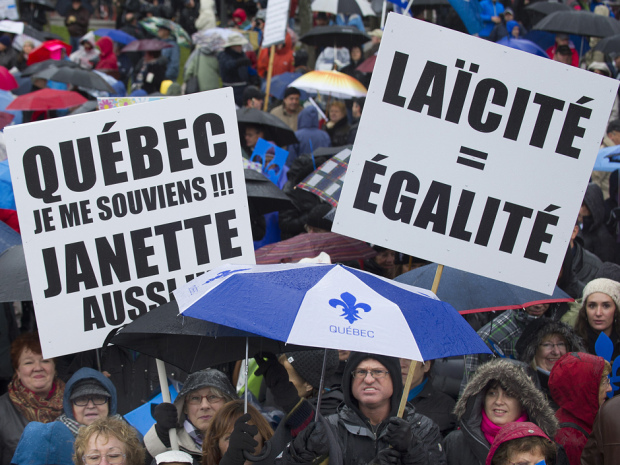 Protesters marched through the streets of Montreal Saturday with a message: Quebec’s proposed charter of values would help protect women’s rights. The crowd estimated in the thousands argued the charter would help end religious oppression and ensure equality between men and women.

Named after Janette Bertrand, an 88-year-old former journalist and actress, the Janettes aim to promote equality between the sexes, asserting that the charter of values promotes such equality.

The protest was led by several high-profile Quebec women, including actress Janette Bertrand, who wrote an open letter in support of the charter. Lise Rousseu, one of the protesters, says the charter will serve as a model not just for Quebec society, but for the world as a whole.

The Parti Quebecois government wants to ban public employees from wearing obvious religious symbols, including the Muslim headscarf, in the workplace. The PQ has a minority and would require opposition support to make the charter law.

Protests for and against the charter have been held regularly since the plan was announced in early in September. A protest opposing the plan is scheduled for Sunday in Montreal.