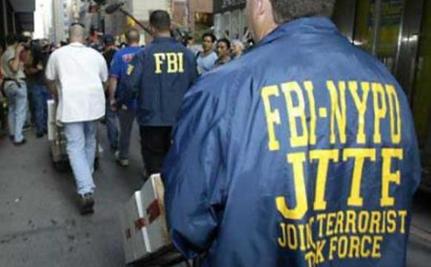 A Human Rights Watch report, documenting abuses in US terrorism investigations, has illuminated some incredibly dubious practices carried out by law enforcement.

The report looks at investigations that began shortly after 9/11 and have carried on until the present day.

One disturbing practice, which seems to pop up over and over in the report, is the targeting of those with mental disabilities to ‘create’ crimes. This occurs during ‘sting’ operations, when agents pose as members of the Muslim American community, infiltrating mosques.

In an average sting operation, an undercover agent finds a suspect who they think is, say, selling illegal arms. They approach them and gather information, waiting for a crime to unfold.

In one instance a man named Rezwan Ferdaus was targeted by an FBI agent who infiltrated his local mosque. Although the FBI concluded he had mental disabilities, the FBI agent worked to gain the trust of Ferdaus. As they grew closer, the FBI agent convinced him to participate in a plot to blow up the Pentagon and US Capitol.

Ferdaus was supplied with fake weapons but as the plan unfolded, he grew visibly distressed. As Ferdaus deteriorated, he lost control of his bladder in such a severe way he was forced to wear diapers during the day. He also began to suffer from seizures and extreme weight loss. Eventually his health suffered so terribly, his father had to quit his job to care for him.

Ferdaus was later convicted of supplying material support to terrorism and is now serving a 17 year sentence in prison.

Another case of exploiting the mentally disabled involved Shawahar Matin Siraj. Described by the FBI as being ‘extremely impressionable due to severe intellectual limitations,’ he liked to spend his time playing video games and Pokémon in his mother’s house.

An undercover FBI agent who claimed to have a terminal illness (which mirrored the illness of Siraj’s late father) cozied up to him, and wove an emotional web around the vulnerable man. After the agent broached the idea of a terrorist attack to him, which involved blowing up a local subway station, Siraj is on record as saying he ‘had to ask his mother first.’ Even by the FBI’s own reports, Siraj never actually agreed to participate.

Still, he was convicted on four counts of conspiring to attack a subway station. On his first day in prison, Siraj apparently asked the guard for access to play Pokémon.

The report also details cases of harsh detainment that fly in the face of due process.

Uzair Paracha, who was arrested in the United States, spent two years in solitary confinement before his trial, only allowed to speak to guards. What this means is, in our system of ‘innocent until proven guilty,’ he was given some of the harshest legal punishment available before he was even convicted of a crime.

Although many have been quick to blame the Muslim American community for allowing extremism to foster, the reality is, they have been responsible for stopping 40% of all Islamic terrorist plots, conceived on US soil, in the last 10 years. A study by MPAC also showed Muslims made up a minority of all terrorist plots hatched in the United States, most being attributed to right wing extremism.

However, despite these pesky facts, it seems the Muslim American community can’t catch a break. Human Rights Watch noted that appropriate sentencing, the right to a fair trial, freedom from coercion and fairly conducted investigations have all been thrown by the wayside in the past 13 years.

These actions have created discord and mistrust between the US government and American Muslims. As Aziz Poonwalla writes, “Muslim Americans have the same vested interest in preventing terrorism as any other fellow citizen…American Muslims have arguably borne a greater responsibility in preventing attacks. That is a responsibility that the Muslim community has accepted and has faithfully upheld.”

Yet if reports like this are any indication, the U.S. government has returned this favor by abusing the rights of Muslim-American citizens, compromising not only the moral integrity of the nation, but putting us all at risk of future attacks going unreported by citizens too afraid of their own government to speak out.