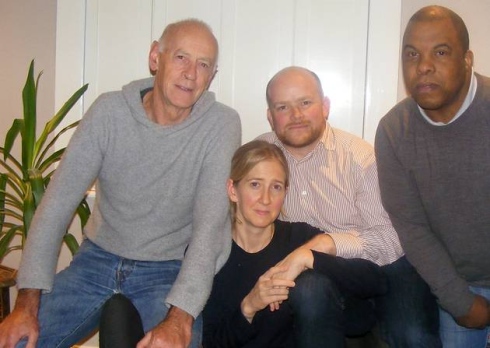 Neighbours to the so-called ‘Mega mosque’ believe it would completely dwarf the surrounding conservation areas and fail to serve a mixed community if given the go-ahead.

Residents near the site in Canning Road, West Ham – owned by Islamic movement Tablighi Jamaat – have spoken about what they describe as real concerns about the project despite fears of being labelled Islamophobic. It comes after mosque backers put their case to the Recorder earlier this month.

The residents of Abbey Lane told the Recorder they worry not only about the scale of the planned Riverine Centre, also known as Abbey Mills Mosque – which at 29,227 square metres is more than three times the floorspace of St Paul’s Cathedral – but fear a parking nightmare due to its 9,000 capacity.

They say no proper public consultation has been held to reflect the current plans, which they say serve almost exclusively one Islamic group rather than the whole community.

Mike Duff, a 33-year-old director of an urban planning consultancy, is among the residents who have put their objections to the council and mosque backers.

He said: “I worked for six years in Saudi Arabia and helped At-Turaif, the village where Wahab Islam, the strictest interpretation of Islam globally, was founded to achieve Unesco World Heritage Status, so being anti-Muslim is the furthest thing from my mind. I understand where they are coming from with regard to practising their religion.

“But the scale of this mosque is completely unsuitable for this location, I would feel the same if it was a church of that size.”

Here is a recent tweet by Mr Duff urging support for an e-petition against the Newham mosque.

The petition itself opposes the Canning Road development on the following grounds: “The Tablighi Jamaat group, a Muslim missionary movement once described as an ‘ante-chamber of fundamentalism’, wants to build Britain’s biggest place of worship in West Ham.”

So Mr Duff’s claim that he would “feel the same if it was a church of that size” is disingenuous. He openly backs a campaign against the development on the basis of the alleged threat posed by Tablighi Jamaat.

As for the assertion that the mosque will be “Britain’s biggest place of worship”, its capacity will in fact be rather less than that of the Ahmadiyya community’s Baitul Futuh Mosque in Morden.

Update:  Still, to be fair, Mike Duff and his friends do have their admirers.