Sometimes the most obnoxious aspect of the coverage of Islamic issues by right-wing newspapers is the sickening online comments their articles provoke. Two days ago the Express published a short report on the Swiss parliamentary vote in favour of banning the veil. The one comment it has so far attracted openly calls for Muslims to be killed. Despite the comment being reported, the admins at the Express website evidently have no interest in removing it. 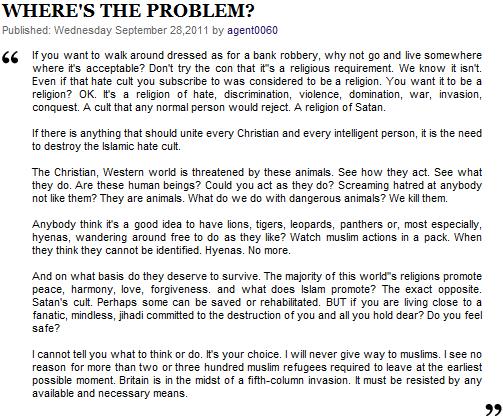