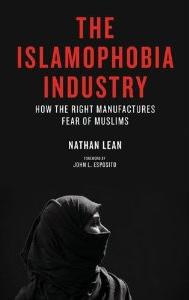 Nathan Lean, author of the forthcoming study The Islamophobia Industry: How the Right Manufactures Fear of Muslims, calls for a campaign to expose the poisonous anti-Muslim ideology promoted by the likes of Pamela Geller, Robert Spencer and Frank Gaffney, which provided the inspiration for Norwegian mass murderer Anders Breivik.

Lean writes: “Society has a responsibility to counter these individuals with overwhelming overtures of pluralism – and to systematically push the fearmongers out of public discourse. The consequences of inaction are grave. Just as Bin Laden had several copycats, so too may Breivik. In his closing statement, the Norway killer said that, ‘My brothers in the Norwegian and European resistance movements are sitting and watching this case while they plan new attacks’.”