As Richard Bartholomew points out, this marks the latest incarnation of a story that first appeared back in 2009 and appears to have just as little substance now as it did then.

Predictably, the Mirror‘s story has proved a source of inspiration to the thugs of the English Defence League: 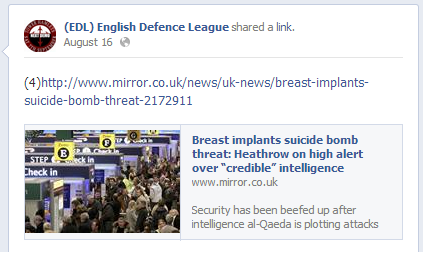 Here are some of the comments posted by EDL supporters in response to the report.