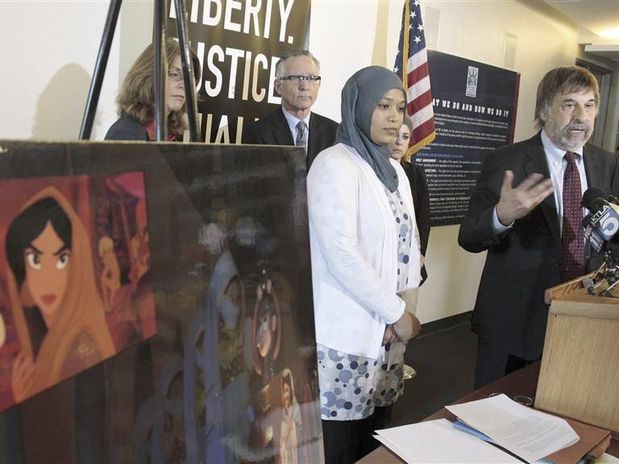 A former Disneyland restaurant employee sued Walt Disney Co on Monday for harassment and religious discrimination, saying she was fired because she wanted to wear a Muslim head scarf at work.

Imane Boudlal, a 28-year-old Muslim, worked as a hostess at the Storytellers Cafe, a restaurant inside Disney’s Grand California Hotel & Spa at Disneyland in Anaheim, California, according to a complaint filed in federal court.

Two years into the job, Boudlal asked permission to wear a hijab, a head scarf worn by Muslim women, while at work. She said she offered to wear a scarf that matched the colors of her uniform or featured a Disney logo.

According to her lawsuit, Disney managers denied her request, saying it would violate the company’s policy for how employees “look” while on the job. Among the restrictions, the policy prohibits visible tattoos and fingernails that exceed a quarter of an inch, the lawsuit said.

Boudlal was given the choice of working in a back area, away from customers, or wearing a fedora-style hat on top of her head scarf. When Boudlal refused, she was fired, the lawsuit states.

A U.S. citizen who was born in Morocco, Boudlal said she was also subject to anti-Arab and anti-Muslim slurs, including being called “terrorist” and “camel” by co-workers and supervisors. She said she reported the incidents to managers but they took no action.

“Disneyland calls itself the happiest place on earth, but I faced harassment as soon as I started working there,” Boudlal said in a statement released by the American Civil Liberties Union of Southern California. “It only got worse when I decided to wear a hijab.”