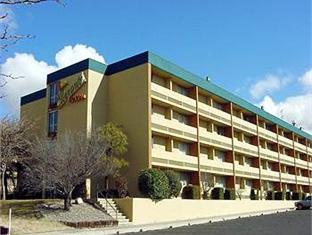 704 HTL Operating, LLC and Investment Corporation of America, doing business as MCM Elegante Hotel in Albuquerque, violated federal law by subjecting a Muslim woman to religious discrimination and to retaliation for opposing the discrimination, the U.S. Equal Employment Opportunity Commission (EEOC) charged in a lawsuit it filed on September 21, 2011.

In its suit, the EEOC said that the hotel failed to accommodate Safia Abdullah’s request to work wearing a hijab, a head scarf worn by Muslim women for religious purposes. In addition, the EEOC alleges that the hotel either failed to hire Abdullah or discharged her because of her religion and/or because she engaged in the protected conduct of opposing discrimination, including requesting religious accommodation.

Such alleged conduct violates Title VII of the Civil Rights Act of 1964, which prohibits employment discrimination based on religion and retaliation for opposition to discrimination. The EEOC filed suit in U.S. District Court for the District of New Mexico (EEOC v. 704 HTL Operating, LLC and Investment Corporation of America Civil Action No. 1:11-cv-00845) after first attempting to reach a voluntary settlement through its conciliation process.

“We will vigorously prosecute cases of religious discrimination throughout our district, including claims that involve the employer’s refusal to provide reasonable accommodation for an individual’s religious beliefs,” said Regional Attorney Mary Jo O’Neill of the EEOC’s Phoenix District Office, which has jurisdiction over Arizona, Colorado, Wyoming, New Mexico and Utah. “We are particularly concerned when the accommodation requested is easy to provide and the employer appears to have reacted to myths or stereotypes about a religion.”