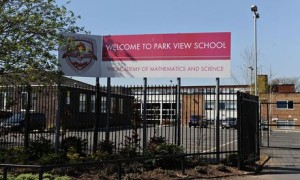 The trust that runs schools at the centre of claims of a Islamist “plot” in Birmingham says it has received hate mail after a series of leaks purporting to come from Department for Education and Ofsted investigations were published in the media.

Park View education trust, the governing body of the Park View, Nansen and Golden Hillock schools in Birmingham, said that the leaks and disclosures were “causing unwarranted and unnecessary alarm amongst families who are seeing reports of their schools ‘closing’ and teachers being ‘removed’ alongside any number of other sensational allegations.

“And just this morning one of our schools received hate mail, which we can only conclude is a direct consequence of media reporting,” it said.

The Daily Telegraph and Sunday Telegraph published details over the weekend of what they said were DfE and Ofsted investigations into the group of schools, including those mentioned in the so-called “Trojan Horse” letter that alleged a widespread attempt to undermine schools in Birmingham.

An example of abuse sent to one of the schools read: “WE ARE ENGLAND! If people want to go to a school run by Muslims perhaps they should move to a muslim country! Oh my god close this school and deport you all!!”

One of the schools was Park View, which has previously been rated by Ofsted as outstanding – the school regulator’s highest grade. But the Sunday Telegraph claimed an Ofsted inspection carried out in response to publicity about the plot had downgraded Park View to inadequate, the lowest rating.

A statement from Park View said: “From the outset the trust has argued that the pretext for these latest inspections – the so-called Trojan Horse dossier, now widely seen as a hoax – was prejudicial. We believe the inspections were approached with a pre-conceived notion of what would be found.”

Teachers at the schools have reported “inappropriate” questions and comments from Ofsted inspectors, with an inspector alleged to have told one of the schools it would be downgraded because it failed to teach “anti-terrorism”.

The Park View trust said the “unwarranted media intrusion” denied the school the chance to respond to the leaked reports. “We won’t comment on the Ofsted reports (which are not final and still confidential) other than to say we do not recognise the accounts we have seen in the media as accurate or reasonable descriptions of our schools,” it said in its statement.

“The credibility of both Ofsted and its inspections is seriously undermined by the suggestion that the agency may be colluding with the media and breaching confidentiality. This would constitute a serious breach of protocol,” the trust said.

“We hope that Mr Wilshaw brings his personal knowledge of Park View academy to this process and asks himself whether the climate of intense media and political scrutiny under which the Ofsted inspections have been completed can truly mean they can be considered fair or credible.”

Wilshaw visited Park View in March 2012, after it became the first school in England to be graded “outstanding” after the imposition of tougher inspection standards.

The trust pointed out that Wilshaw had previously highly praised Park View, saying during his visit: “All schools should be like this and there’s no reason why they shouldn’t be.”

According to a Guardian report of Wilshaw’s visit, the chief inspector lavished the school with praise, saying: “I’ve been in to lots and lots of schools in my time. You can sense a good school as soon as you walk in.”