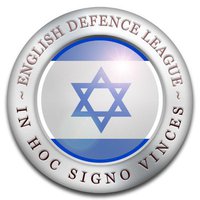 The head of the EDL’s Jewish division Roberta Moore has announced a partnership with far-right American group the Jewish Task Force on the EDL Facebook page.

The JTF leader Victor Vancier has also posted a podcast where he said: “We were contacted by the English Defence League last few weeks and we have agreed we want to work together on joint projects. They are a major organisation, with mass media coverage. I wanted to be sure they were not the BNP, we would never work Holocaust deniers or Nazis. They wave Israeli flags, they support the Jewish people. They want Jewish members. We are happy to work with them to save England from the millions of Muslim invaders. We want to work as a united front.”

He added: “The Jewish establishment in the UK, the ‘self hating Jews’ have condemned the EDL because they support the Muslim invasion. It’s pathetic, including the so-called Orthodox. They have to be politically correct, as we go to the gas chambers. We are not interested in this, and neither is the EDL. This will turn into something big.”

Mr Vancier is banned from entering Israel because of his allegiance to the late Rabbi Meir Kahane and his Kach party – outlawed in Israel in 1994 as “terrorist organisations”. The group now raises money for Jewish settlers in the West Bank.

He spent five years in prison from 1987 for 18 bomb attacks against Soviet targets in the US to protest the treatment of Soviet Jews. His website claims US President Barack Obama is a secret Muslim and calls Secretary of State Hilary Clinton “a vicious Jew hater”.