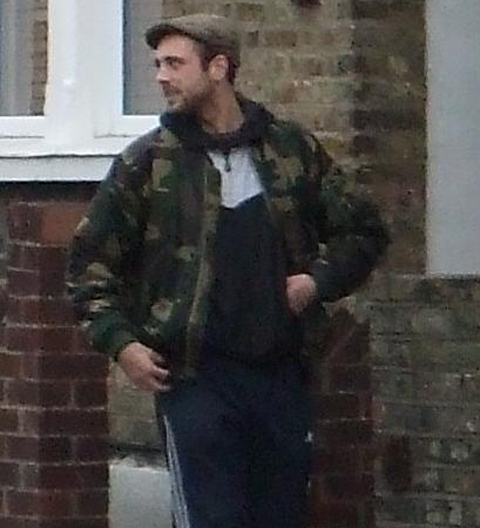 A man wanted by police in connection with a racist attack on Kingston Mosque has handed himself in to police after a Surrey Comet story.

The man surrendered at Kingston police station just days after this newspaper published a front page appeal for more information on the people police wanted to speak to about the mosque attack.

The man, photographed on a mobile phone holding a long stick in East Road, near the mosque, was bailed to return to the police station at a later date while investigations continue.

Police are still hunting for a bearded man in a camouflage jacket and a flat cap, who was captured on town centre CCTV taking part in the protest march against Islamic extremism just hours before the attack on November 21, 2010. He was also photographed and videoed by a Surrey Comet journalist. [See photo]

During the attack the mosque was hit with bottles, sticks and bacon and urinated on.

So far three men, Martin Pottle, Alfie Wallace and David Morris, have been convicted and are facing the prospect of jail when they are sentenced on April 27. Another six men, who had admitted walking to the mosque but not taking part in or encouraging an attack, were acquitted after a four week trial, which ended on March 30.

Detective Sergeant Andrew Morrow told the Surrey Comet last week the hunt for the rest of the hooded and scarved mob, which some witnesses said numbered as many as 30, was still on. He hoped others who may have been there could explain what they saw and what part, if any, they had in the lead-up to the attack. He said: “It matters for the community of Kingston. It matters for the community at the mosque.”

As is shown by this photograph, the individual who has handed himself in to police was seen holding an English Defence League banner at the protest in Kingston town centre that preceded the attack on the mosque.