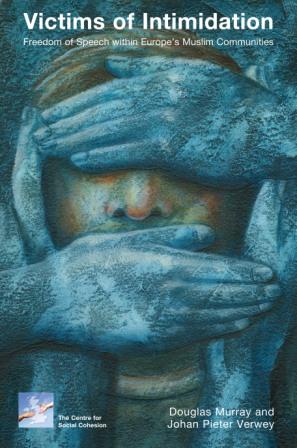 Writing in the Sunday Times, Douglas Murray plugs his recent pamphlet Victims of Intimidation published by the right-wing think-tank, the laughably misnamed Centre for Social Cohesion.

And who are the so-called “moderate Muslim voices” whom Murray says governments should do more to support as an alternative to “radicals and radical-affiliated groups”? Well, here’s an example:

“Ehsan Jami, 23, the Dutch Labour party politician and founder of the Central Committee for Ex-Muslims, was repeatedly assaulted before being guarded by the Dutch police. He now requires constant protection but his own political party, instead of assisting his right to speak out about what he saw in the religion he was born into, tried to make him tone down his public statements about the treatment of women, apostates and homosexuals within Islam. Those like Jami who have left Islam are often treated, by our governments and broadcasters as much as by the Muslim communities, as though they are out of the discussion.”

First of all, there is no evidence that Jami was ever a practising Muslim, so it is difficult to see how he could have “left Islam”. He didn’t even study the Qur’an until after 9/11, and having done so he concluded that Islam provides the ideological inspiration for terrorism and violence. This has been the theme of his statements ever since. As for Jami’s so-called “Committee for Ex-Muslims”, it fell apart even before its official launch meeting because the co-founder of the organisation, Loubna Berrada, broke with Jami over his denunciations of Islam, and the Committee is now defunct.

Nor is Jami a “Dutch Labour party politician”. He was expelled by the PvdA after he co-authored an Islamophobic article with the Dutch far-right racist Geert Wilders which warned: “If we do not act now against the far-reaching Islamisation of the Netherlands, then the 1930s will be revived. The only difference is that back then the danger came from Adolf Hitler, while today it comes from Mohammed.”

This is not to excuse acts of violence, even against provocateurs like Jami, but Murray’s suggestion that Ehsan Jami is an example of the “Muslim reformers” with whom governments should seek to engage perfectly illustrates the ignorance and dishonesty of his pamphlet.

And while we’re on the subject of Jami, he was in the UK last month to attend a conference organised by the fraudulent “Council of Ex-Muslims of Britain”, a front organisation for the Islamophobic far-left sect the Worker-Communist Party of Iran.

Recently David Toube of Harry’s Place posted an article calling for a ban on Yasir Qadhi entering the UK, on the basis that he had made hostile comments about Shias. But did Toube raise any objections to Jami being allowed into the country? Of course he didn’t. As in Murray’s case, Toube’s pious expressions of concern for the welfare of minorities within the Muslim community are just a smokescreen for his own efforts to incite hostility towards Muslims and their representative organisations.