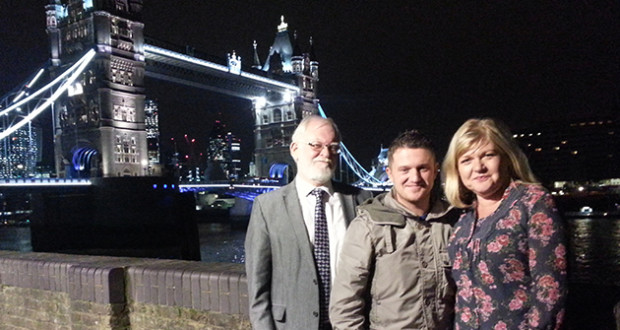 Following the humiliating failure of their recent efforts to organise a Scandinavian speaking tour for the English Defence League leadership, Lars Hedegaard and Ingrid Carlqvist, co-editors of the notorious “counterjihad” publication Dispatch International, have travelled to the UK to talk to Stephen Lennon. The results of their discussions with the former head of the EDL can be found here and here.

Lennon outlines for them the reasoning behind his decision to leave the EDL and launch a new organisation: “I think people are more willing to fund this than the EDL.” He denies that he has changed his views in any way since leaving the movement he helped to found: “What I’m saying now is the same as I’ve been saying for four and a half years.” Regarding Lennon’s relations with Quilliam, in co-operation with whom he announced his departure from the EDL, Hedegaard and Carlqvist put it to him that “you are using them and they are using you”. In response, Lennon “nods and grins”.

This just confirms what some of us have been saying all along. Lennon’s organisational break with the EDL didn’t represent any actual ideological change at all. It was just that a movement consisting of a mob of drunks, and populated by football hooligans and neo-Nazis, was hardly going to pull in any significant financial backing from the wealthy benefactors of the “counterjihad” network. By cutting himself off from these thuggish and openly fascistic elements and establishing a new group, Lennon calculated that he would be better placed to access such funding. As for Quilliam, he just took advantage of them in order to provide himself with a cover of respectability while he carried out this manoeuvre.

At least we now have it straight from the horse’s mouth.