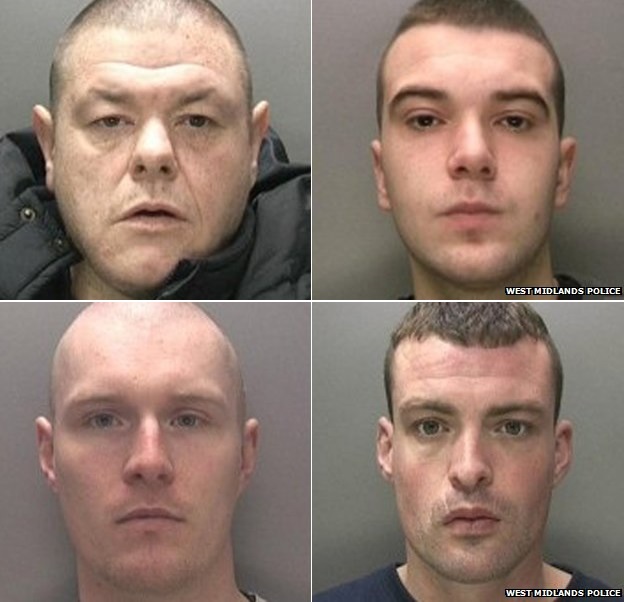 A disabled English Defence League supporter who posted a picture of himself burning a copy of the Koran on Facebook has been jailed after he battled with police while still on crutches.

Right winger Lee Joshua got involved in clashes with police while on a protest rally where officers were pelted with paving slabs and bottles. Joshua, 43, of Netherton, West Midlands, claimed to have “enjoyed every minute” of violent scenes which left 30 police officers injured. He was sentenced to 16 months at Birmingham Crown Court today.

The court heard that a Muslim prayer cap and a Pakistani flag were set on fire in the street during the disorder in July 2013. Around 200 EDL supporters were involved in the violence in the Broad Street and Centenary Square areas of Birmingham, which lasted for around two hours.

Joshua, said to have been at the fore-front of attempts to break through police lines, was sentenced alongside fellow EDL supporters Jake Hill, James Harrington and Adam Beebee.

Passing sentence on the men, who all admitted violent disorder, Judge Richard Bond said much of the conduct seen at the EDL rally had been “plainly racist and/or anti-Muslim”. The judge told them:

“There were seven separate sites where violence was either used of threatened. Even officers trained for public disorder and who have experience of such situations told both juries (in earlier trials) how scared they were of what was taking place. They had not seen aggression like this before despite their experience.”

Commenting on CCTV footage which showed police trying to stop EDL supporters from forcing their way into a building site, the judge added: “The only sensible option for the officers was to use their batons.”

The court heard that Hill, 22, of Brierley Hill, West Midlands, attempted to push a policeman, spat in the direction of another in a “deeply unpleasant” act, and was part of a crowd which attacked four officers trapped between two vans. Hill, who was jailed 22 months, was told by the judge that his involvement in the disorder had been persistent and prolonged.

Harrington, a former bricklayer and grave-digger from Swarcliffe Road, Leeds, attended the rally wearing a One True Saxon T-shirt. The 30-year-old father-of-two, who was jailed for two years, was seen on CCTV standing on top of a fast food kiosk holding a half-full bottle of brandy. He later tried to hit a police officer using a placard on a length of wood, but was knocked off balance by a surge in the crowd.

Racist text messages were found on Harrington’s phone after his arrest, showing that he was “looking for trouble” even before he arrived in Birmingham.

Beebee, 28, of Birmingham, was involved in two separate incidents of disorder and admitted trying to pass through police lines to “have a ruck” with counter-protesters. The 28-year-old, who works for Jaguar Land Rover and gave himself up after a televised appeal for information, was sentenced to 13 months’ imprisonment.

Joshua was seen pushing and shoving and being held back by EDL stewards. After ending up with a large cut on his head, which the judge said was probably caused by a police baton, Joshua shouted “You lot done this” at officers.

The 43-year-old, who told police he had consumed 10 cans of lager, later posted a message on Facebook claiming the Koran was an “evil” book and showing a copy of it being burnt.

Judge Bond was told that Joshua had previously served eight custodial sentences after amassing a total of 89 previous convictions.

A further 48 men are due to be sentenced during December at the same court for offences linked to the disorder.