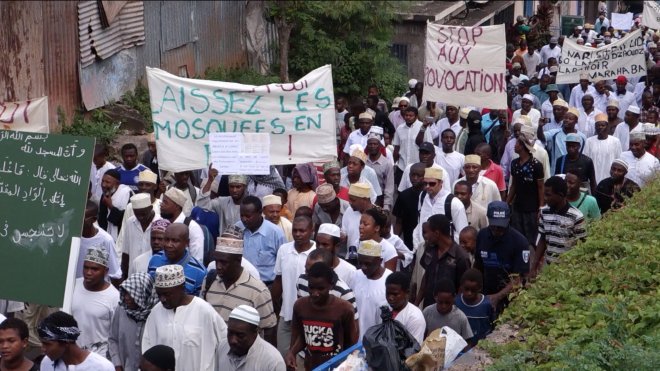 Le Figaro reported that on 1 January worshippers at a mosque in Mayotte, a French territory in the Indian Ocean off the coast of Southeast Africa, found that a pig’s head had been left outside the building the previous night. Mayotte 1ière adds that a large demonstration was held to protest at the desecration of the mosque.

Update:  Three people will appear in court on 26 February charged with incitement to religious hatred. Two of them are reportedly members of the French army and a third is the wife of one of the accused. They have admitted the offence and claim that they only did it for a bet while drunk on New Year’s Eve.