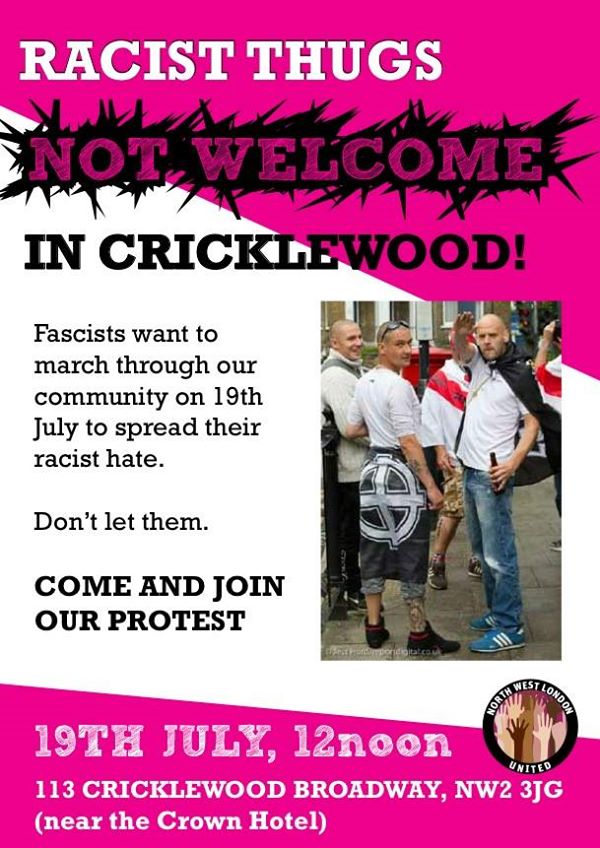 When the far-right South East Alliance tried to march on a Muslim Brotherhood office in Cricklewood, north west London, last month their path was blocked by anti-fascists and they were forced to turn back.

On Saturday the fascists are returning for a rematch. North West London United, a broad coalition of community groups and trade unions, is organising a counter-protest.

And “Community in Brent unites against plans for far-right group to march in Cricklewood”, Kilburn Times, 14 July 2014