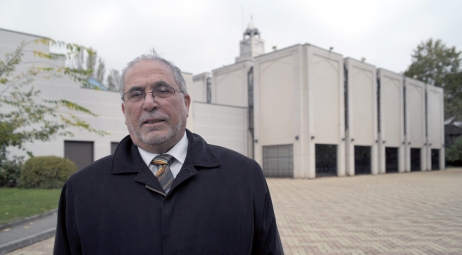 Kamel Kabtane has been threatened with death. The rector of the Great Mosque in Lyon announced on Thursday 23 August, that he had today received a letter containing death threats.

“This four-page handwritten letter with the words ‘personal’ and ‘confidential’ was sent to me at the mosque”, Kamel Kabtane told AFP, adding that he had already received another threatening letter from the same person at his home the day before.

In this letter, the author wrote in red: “A bomb will go ‘boom’ and it is not a pig’s head that you will find outside your mosque but your own…. Sod off quickly to Dubai and die there if you don’t want to die here.”

“We get a threatening letter from the same person about once a month, but they did not have the same tone”, said the rector, who filed a complaint each time. The complaints were submitted to the counter-terrorist sub-directorate of the public prosecutor’s office in Paris.

Nevertheless, he expressed concern about “the tone it takes” today and decided to complain again.

On Saturday 11 August a threatening lettter of an antisemitic and Holocaust-denying character was sent to the chief rabbi of Lyon, Richard Wertenschlag, who also made a complaint.