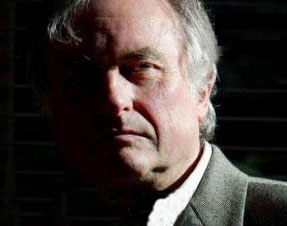 I’ve been asked why Islamophobia Watch hasn’t covered the “Jesus and Mo” row at University College London. The reason, frankly, is that I had better things to do with my time than address this concocted controversy. However, on reflection, it’s worth a short post because of the role played by celebrity atheist and anti-Islam bigot Richard Dawkins, which is what attracted coverage of the issue in the national press last week.

For those who haven’t followed this, what happened was that the UCL student union’s Atheist, Secularist and Humanist society (ASH) advertised a social event with a cartoon featuring Jesus Christ and the prophet Mohammed sharing a drink at the bar. This was doubly offensive to Muslims, not only because they oppose pictorial representation of the prophet but also because the cartoon compounded the offence by portraying him as drinking alcohol. You can only conclude that ASH are a pathetic bunch of prats who think it’s big and clever to gratuitously insult adherents of a beleaguered minority faith which is already under concerted attack from the racist right.

A number of Muslim students complained about the cartoon and the UCL Union Council asked ASH to remove it. ASH refused, claiming that the principle of free speech was under attack, and launched an online petition condemning the Union Council’s request as a “gross infringement” of the “right to freedom of expression”. A blogger named Alex Gabriel posted a report of the dispute under the title “Atheists face Muslim-led censorship from UCL Union” and this was reproduced by Richard Dawkins on his website. Dawkins opined that the cartoon “could offend only those actively seeking to be offended – which says it all”.

In reality, there was no “Muslim-led censorship”, only a request from the Union Council that ASH should remove the cartoon. As a member of UCLU Ahmadiyya Muslim Students Association pointed out: “Of the thirty Union Council members, four are Muslims and none of them were among those who complained to the Union. That some Muslims who are not union council members voiced their offense to the Union cannot be said to be a ‘Muslim-led censorship from UCL Union‘. The only purpose such a title could serve is to further aggravate the situation and raise the hackles of those both for and against the stance taken by UCLU ASH.”

The right-wing Christian Cranmer blog then weighed into the dispute with a piece backing Dawkins that was headed “UCL students forcibly sensitised to sharia”! You might think that Dawkins would find it embarrassing to find support in such quarters, but not so. Last year he was openly considering the possibility of an alliance with right-wing evangelical Christianity in order to stem the spread of Islam.

The most mature response to this attempt to whip up controversy over “Muslim censorship” came from a spokesperson for the Federation of Student Islamic Societies, who told the Guardian: “This is silly – we will not let such crass, insensitive actions get in the way of the important unifying activities happening across campuses nationwide.”