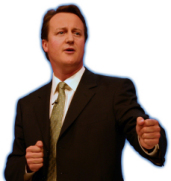 David Cameron will today signal a sea-change in the government fight against home-grown terrorism, saying the state must confront, and not consort with, the non-violent Muslim groups that are ambiguous about British values such as equality between sexes, democracy and integration.

To belong in Britain is to believe in these values, he will say. Claiming the previous government had been the victim of fear and muddled thinking by backing a state-sponsored form of multiculturalism, the prime minister will state that his government “will no longer fund or share platforms with organisations that, while non-violent, are certainly in some cases part of the problem”.

In a major speech to a security conference in Munich, he will demand: “We need a lot less of the passive tolerance of recent years and much more active, muscular liberalism.”

He will say that “some organisations that seek to present themselves as a gateway to the Muslim community are showered with public money while doing little to combat extremism. This is like turning to a rightwing fascist party to fight a violent white supremacist movement.”

Cameron’s aides, aware the speech may prove highly controversial, refused to identify the organisations in his sights, but it is clear one target is the Muslim Council of Britain.

His remarks suggest that a Home Office-led review into the government Prevent programme, being overseen by Lord Carlile, is going to lead to major changes. It also suggests that he has sided unambiguously with figures such as Michael Gove inside his cabinet rather than his party chairman, Lady Warsi, who has complained of fashionable Islamophobia.

Cameron will argue many young men have been drawn to extremism due to a rootlessness created by the weakening of a clear collective British cultural identity. He will say: “Under the doctrine of state multiculturalism we have encouraged different cultures to live separate lives, apart from each other and the mainstream. We have failed to provide a vision of society to which they feel they want to belong.

“We have even tolerated these segregated communities behaving in ways that run counter to our values. So when a white person holds objectionable views – racism, for example – we rightly condemn them. But when equally unacceptable views or practices have come from someone who isn’t white, we’ve been too cautious, frankly even fearful, to stand up to them.”

He will warn his audience: “Europe needs to wake up to what is happening in our own countries. We need to be absolutely clear on where the origins of these terrorist attacks lie – and that is the existence of an ideology, Islamist extremism.” This ideology he says, is entirely separate from Islam, and “at the furthest end includes those who back terrorism to promote their ultimate goal: an entire Islamist realm, governed by an interpretation of sharia”.

But he adds: “Move along the spectrum, and you find people who may reject violence, but who accept various parts of the extremist world-view including real hostility towards western democracy and liberal values.” If we are to defeat this threat, he says, it’s time to turn the page on on the failed policies of the past. “So first, instead of ignoring this extremist ideology, we as governments and societies have got to confront it in all its forms.”

Echoing Tony Blair after 9/11, he rounds on the soft left that “lump all Muslims together, compiling a list of grievances and arguing if only governments addressed them, this terrorism would stop”.

Inayat Bunglawala, chair of an anti-extremist group called Muslims4Uk, said: “Mr Cameron’s remarks are ill-judged and deeply patronising. The overwhelming majority of UK Muslims are proud to be British and are appalled by the antics of a tiny group of extremists and so will hardly be pleased with his lecture on integration.

“Ironically, the PM’s comments come on a day when the viciously Islamophobic English Defence League are to stage their biggest demonstration yet on our streets. Integration works both ways and we would expect Mr Cameron and his government to be openly challenging these EDL extremists. Instead, he and his senior ministers have to date remained totally mute. It is disgraceful.”

The content of Cameron’s speech comes as no surprise, as it has been trailed for weeks. See for example Charles Moore’s article in the Daily Telegraph, 21 January, 2011

For a critique of the mistaken thinking behind Cameron’s analysis, see Peter Oborne’s article in the Spectator, 29 January 2011