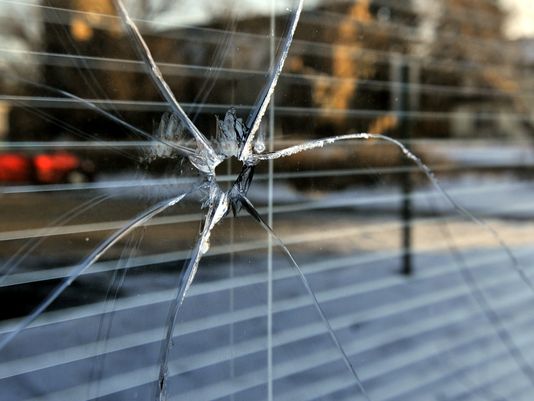 Islamic leaders in St. Cloud are speaking out after saying their faith centers and worshipers’ property were targets of vandalism.

The latest case was discovered Wednesday morning by an imam, a religious leader, making his way into the Central Minnesota Islamic Center. The building is located just north of St. Cloud State University on Fourth Avenue South. Ten starburst cracks pepper a window about the size of a door frame.

Spokesperson for the center, Mohamoud Mohamed, said this is the third time the building has been vandalized over the last few weeks. Each case involved a damaged window. “At the beginning we were thinking it was isolated – a student or drunk person. But it isn’t,” he said. “It is some person or persons who are causing damage and targeting our faith facilities.”

It’s not just their building being targeted. Mohamed says vehicle windows are also being smashed as people attend morning prayer. This week, several worshipers reported damage done to vehicles outside the Islamic Center of St. Cloud, the mosque on Fifth Avenue South.

“(The vandals) know we pray before the sun rises and it is still dark,” he said. “They are coming to those parked cars and then disappearing,” he said.

Mohamed says they have reported each incident to the St. Cloud Police Department. Officers say they are investigating the crimes. Yet the damage is already done. Mohamed says repairs to just one of the center’s double-paned windows will cost nearly $1,000. He says the center also plans to install additional security cameras on the property.

“We are a part of the community and we don’t want to be singled out or targeted by a group of bad people,” Mohamed said. “We don’t want that kind of activity to divide us from the greater community.”

Mohamed says they will continue to work with police to stop the vandalism. He asks anyone who may see suspicious activity around their faith centers to contact police.