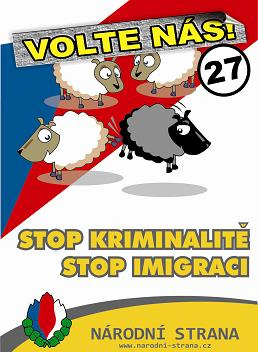 Supporters of the Czech far right National Party will stage a protest against Islamism outside the Brno mosque on Wednesday, the party has informed on its website.

The Libertas Independent Agency associating Brno Muslims and friends of Muslim nations has expressed its protest against the planned event in a statement CTK has obtained.

The demonstration is to be a reaction to the death of Czech ambassador to Pakistan Ivo Zdarek who died on Saturday in the ruins of the Marriott Hotel in the Pakistani capital of Islamabad that became the target of a terrorist attack, along with another 52 people.

Shortly after Zdarek’s death, the Brno Muslims expressed condolence to his family. In the past, they always distanced themselves from Islamist terrorist attacks.

The Brno mosque which is the oldest Muslim house of worship in the Czech Republic marked ten years of its existence this summer. At the ceremony Muslims distributed one thousand roses among Brno residents as an expression of friendship and thanks for good co-existence.

The Brno Muslims condemned the attacks on New York on September 11, 2001. In the past, they considerably helped Czech diplomats in the salvation of public Czech Television (CT) reporter Michal Kubal and his colleagues after they were kidnapped in war-torn Iraq.