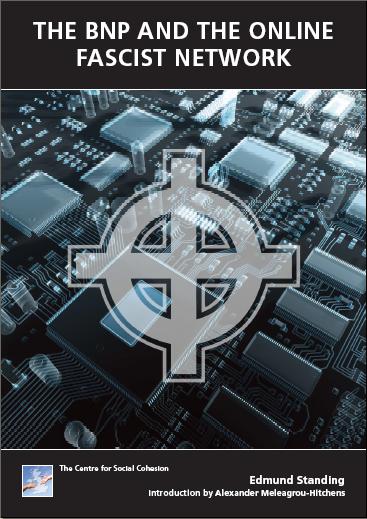 “What’s glaringly omitted from the report is an analysis of how the BNP has in recent years shifted its strategy from outright racism and anti-semitism to attacking Muslims and Islam generally. The report briefly mentions Muslims in the intro and lists some comments that include the word Muslim, but its conclusion doesn’t even mention anti-Muslim bigotry. It avoids the topic despite the fact Nick Griffin went on the record to say it was politically better for the BNP to focus on Muslims rather than Jews or racism.

“Now, why would a report by the CSC avoid talking about the one subject that the BNP constantly campaigns on now? Why ignore it when it is repeatedly mentioned in its literature and by its supporters online (much more than other enemies)?

“Is that because much of the anti-Muslim bigotry directed by BNP members sounds suspiciously like what the Dutch politician Geert Wilders would say ‘to save the west‘? Oh look – the BNP website has written approvingly about Geert Wilders repeatedly! Douglas Murray, the director of the Centre for Social Cohesion, is a huge fan and defender of Geert Wilders. I think we should be told.”

It might be added that the anti-Muslim bigotry of BNP members bears more than a passing similarity to the views expressed by Douglas Murray himself. (“Europe still has time to turn around the demographic time-bomb which will soon see a number of our largest cities fall to Muslim majorities. It has to. All immigration into Europe from Muslim countries must stop…. Conditions for Muslims in Europe must be made harder across the board: Europe must look like a less attractive proposition.”)

It’s also worth noting that the author of the CSC pamphlet is one Edmund Standing, a regular contributor to the notoriously Islamophobic website Harry’s Place. Standing helpfully provided a list of his own articles supposedly exposing “what the BNP and its members and supporters stand for” here. Check through them, and you’ll find that there’s plenty of stuff attacking fascist antisemitism (which has now disappeared almost entirely from the BNP’s public propaganda) and anti-Black racism, but not a peep about the BNP’s anti-Muslim racism. Indeed, Standing has dismissed “Griffin’s turn away from anti-Semitism and towards anti-Muslim vitriol” as “little more than a superficial political trick” – rather than recognising it as a fundamental change in fascist strategy that poses a major threat to Muslim communities.

Standing’s views on the Qur’an (“I hope to demonstrate to the reader quite what a divisive, primitive, and insulting book it actually is”) can be consulted here, by the way. He condemns “the hateful attitude it takes towards those who do not accept Islam”, and demands: “how can texts like those I have just cited do anything but instill a negative or contemptuous attitude towards non-Muslims?”

Standing would no doubt claim that, as an atheist, he is against all holy books. However, in a post at Harry’s Place addressing press reports that the IDF rabbinate had issued a publication entitled “Daily Torah studies for the soldier and the commander in Operation Cast Lead”, which claimed to provide religious justification for Israeli aggression against the Palestinian people, Standing’s response was not to denounce Jewish religious texts for giving scriptural authority to hostility towards non-Jews. He merely appealed to the IDF to “keep religion out of it“.