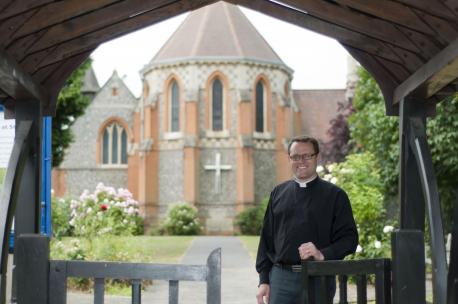 A church will no longer hold a planned meeting for an Islamic community centre on their premises after it caused a “fair degree of anxiety”.

Reverend Andy Cain of St Mary’s Church in Cuddington said earlier this year he wanted to be “accessible to all faiths and none”. The church was due to hold meetings for a public consultation on plans to turn the abandoned Worcester Park Tavern into an Islamic community centre. However the meetings will now be held in the former pub itself.

Rev Andy Cain said: “St Mary’s Church is keen to support the local community. However, it’s clear from the people that have contacted me that this consultation has caused a fair degree of anxiety and as our primary concern is serving the local community we’ve decided not to host the meeting. If this is something that can have a negative impact on the community it’s not worth us getting involved.”

Many hope that the scheme will rejuvenate the building which has been left abandoned and blighted by squatters. However, others have voiced their opposition to it, arguing the Ismaili community is small in Worcester Park and the community centre could “drive away” residents.

The Ismaili community, from the Shia branch of Islam, are different to the Ahle Sunnat Wal Jama’at group which had its second application for a mosque at the old bank chambers in Green Lane rejected two weeks ago. The Ismaili Centre in South Kensington was the first centre to be specially designed and built for Ismailis in the Western world and was inaugurated in 1985 by Prime Minister Margaret Thatcher.

One objection by opponents of the pub conversion was that it was inappropriate for a Christian church to host a consultation meeting for a Muslim organisation. The “Save the Worcester Park Tavern” Facebook page (which has provided a platform for racists and fascists to denounce the proposed development) expressed this view:

The withdrawal of the offer to host the consultation in St Mary’s Church has certainly pleased some people: 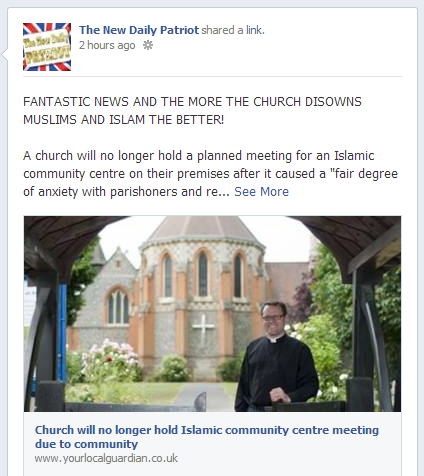