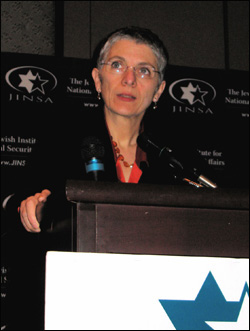 “In our allegedly multicultural society, there is one religious group which is apparently not to be afforded equal respect, let alone treated for what it embodies – the foundational creed of this nation. That group is Britain’s Christians.

“Somerset community nurse and committed Christian Caroline Petrie has been suspended and faces being sacked and even struck off for offering to say a prayer for an elderly patient…. Would the same action be taken, one wonders, against a Muslim nurse offering to pray for a Muslim patient? It is but the latest in a growing line of incidents where people find themselves singled out for opprobrium for expressing their Christian faith….

“It was particularly telling to compare this incident with the astounding video footage featured in yesterday’s Mail on Sunday, showing police officers running away from chanting demonstrators who took part in a violent protest in London against Israel’s military action in the Gaza Strip.

“The ten-minute amateur film shows 30 officers being chased by a crowd of up to 3,000 people who broke away from an official protest march last month. Absurdly, the police claim they were ‘going backwards’ but not running away. But the video clearly shows the police retreating under fire, being chased through central London by protesters chanting ‘Allahu akhbar’ as they pelted officers with traffic cones and screaming ‘cowards’ and ‘they’re going to get it’.

“It is hard not to reach the dismal conclusion that a society faced with violence in pursuit of the goal of overturning Christian values and conquering Britain for Islam turns tail and runs away – while at the same time coming down like a ton of bricks on any expression of those Christian values which underpin British society, in the interests of ‘equality and diversity’. This is the way a society dies.”

See also the discussion of Phillips by the fascists at the Stormfront UK forum. The comments, though not uncritical, are broadly supportive: “she seems to agree with many of our views”; “her book Londistan is a very good read”; “some of what she says is usefull to our cause so she has some merit”.