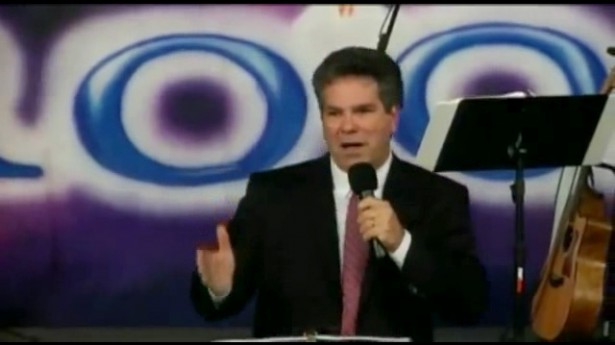 Gary Cass, head of the Christian Anti-Defamation Commission, argued in a post on his organization’s website that the Islamic militant group ISIS had revealed the intentions of all Muslims, reported Right Wing Watch.

“ISSI (sic) has done us all a favor,” Cass wrote. “The true face of Islam is on full display even as Mohammed is burning in hell. We will have to face the harsh truth that Islam has no place in civilized society. Muslims cannot live in a society based on Christian ideals of equality and liberty. They will always seek to harm us.”

Cass, a former Republican Party official in San Diego who has previously suggested “you can’t be a Christian if you don’t own a gun,” dismissed deportation or the forced conversion of Muslims as “possible solutions, but really there’s only one” – violence.

“The only thing that is biblical and that 1,400 years of history has shown to work is overwhelming Christian just war and overwhelming self defense,” Cass argued. “Christian Generals Charles Martel in 732 and Jon Sobieski in 1672 defeated Islamic Turks and their attempts to take the West. Who will God raise up to save us this time? Will God even intervene or turn us over to the Muslims for turning against Him?”

He warned Christians to prepare for more terrorist attacks at home and abroad, but he said violence was a necessary sacrifice.

“This is not irrational, but the loving thing we must do for our children and neighbors,” Cass said. “First trust in God, then obtain a gun(s), learn to shoot, teach your kids the Christian doctrines of just war and self defense, create small cells of family and friends that you can rely on if some thing catastrophic happens and civil society suddenly melts down.”

He urged supporters to forward his post to their friends and family.

“Now the only question is how many more dead bodies will have to pile up at home and abroad before we crush the vicious seed of Ishmael in Jesus name?” Cass wrote. “The Good News is Jesus, and his indestructible Church, will prevail, but there will be pain and heartache along the way to victory. May we be willing to take the lesser pains now so our children won’t have to take greater pains later.”