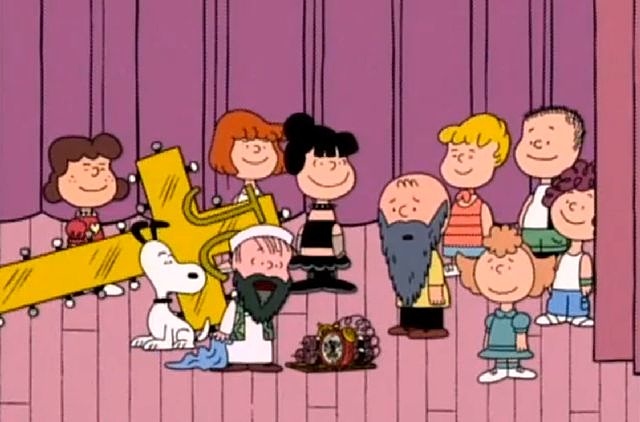 Just what the world needs. Another 72 virgins joke. A jaw-droppingly Islamophobic video has been posted by Irish-American comedian Denis Leary on WhoSay. Some years ago Leary took a firm stand against Mel Gibson’s antisemitism. But apparently crude anti-Muslim stereotyping is fine with Leary.

Update:  Entertainment Weekly, the Hollywood Reporter and Examiner.com all point out that the video is in fact several years old and has been re-posted by Leary – but that hardly affects the point we’re making. Big Hollywood, for its part, denounces criticisms of Leary as a product of the “fascistic left”.

The video has also been posted at Glenn Beck’s TheBlaze.com. The comments that follow give you an indication of the sort of response that Leary’s “parody” has produced:

“Hey how about another cartoon, this time with satan himself cutting off Charlie Brown’s head…. Might damage the lil tikes a bit but then it will prepare them for the struggle to come against the twisted children of islam.”

“Islamaphobia my ass! Muslims are the scourge of the earth. Mohamed was a rapist, child molester and a murderer. Any joke that pokes fun at the religion of murder (islam) is fine with me!”

“According to the Muslims, if you screw a virgin on earth who isn’t your wife, you will have your head cut off. But it’s OK with them if you massacre hundreds of innocent men, women and children and blow yourself up as well so that when you get to Islamaheaven you can screw all the virgins you want.”

“Thats good stuff. I’m really not understanding what islamophobia means. If making fun of a psychopathic cultlike religion and calling it for what it is… is a fear…then I guess alot of us are islamophobic. LOL”

“Worldwide, there are approximately 1.5 billion Muslims. At least 10% of them, that’s 150 million, support jihad. Anyone that fully understands this would have to be a damn fool or a Muslim to not be an Islamaphobe.”

“… this example of crude anti-Muslim stereotyping is enormously appealing and, while it is welcome anytime, this sort of satire is particularly welcome during the Christmas holidays. Contrast the original ‘Charlie Brown Christmas’ classic with its message of peace and forgiveness and biblical love with the squalid Mohammadan Koranic Christmas message painted by images of churches burning amid the jangling discord of jihadis creating a ruckus dragging in meanness, misogyny and Muslim mayhem.”

“Phobia is an irrational or baseless fear. I think it is perfectly rational to fear someone who would chop your head off with a dull butcher knife while praising thier god. Is it baseless to fear a group who would carry out a suicide bombing in your childs elementary school? i don’t think so.”

“It’s ok for Islamists to stand in the streets, even within our own borders, and spew absolute hatred toward Christians and openly state that they want to kill us, but making some light humor and poking fun at them is ‘islamaphobia’ and somehow not ok? Kudos to Leary. He just gained some new respect points from me.”

“I loved the video. Finally someone is aiming one of our biggest free speech guns at the Islamists – ridicule. If Muslims are offended by it and wish Islam to be seen in a good light then I suggest they work to rid Islam of radical influences. Until they do that they will be seen by many as being potentially violent and dangerous.”

“God bless Denis Leary!!! if he didn’t put out this parody, it was just a matter of time before obama would have had the Dept of Ed put one out FOR REAL to indoctrinate OUR AMERICAN children.”

“This atheist supports all you islamophobs. I think atheist and christians should come together and destroy islam once and for all. If all we have to argue about is a christmas tree in the court house then we’re doing just fine.”

“The only good muslim is a dead muslim!”

“I’ve studied Islam and I fear it because I understand it. Islam is the greatest evil mankind has ever faced and the Koran is the evilest object that has ever existed on Earth.”

“Do I particularly care if the muslims get their panties in wad over Charlie Brown? Not at all, considering the verbal filth, implanted hatred and blind ignorance that falls out of their mouthes about Jews and Christians. If they want respect for their pedophilic, woman-hating ways they have a long ways to go to gain it. Barbaric, 7th century savage behavior ain’t gonna cut it.”

“I found this to be hilarious. Jihadism may or may not be an abuse of Islam, but it is nevertheless an accepted form of Islam by literally millions of Muslims. Many who adhere to these beliefs actively murder people and many, many others are sympathetic to these atrocities.”

“Good for Mr. Leary! Fight these SOB’s on every front!”

“Islam is out to destroy Christianity! One evil deceptive step at a time, while telling you that they are a ‘peace loving’ people. Wake up America…you are being destroyed from within. Every time you don’t protest the insidious inroads of the Muslims and Sharia Law in America, you lose one more liberty.”

“I like the fact that Leary has the guts to mock that stupid, savage religion.”

“Christians can take a lot of ‘fun poking’, and muslims seem to have free reign to attack Christianity, massacre, mutilate and behead Christians and actively wage war against Christianity while the ******** sit by and pat their heads.”

“Islam is antisemitic at its heart and core. Jesus listed the 2 greatest Commandments as: 1. Love God with your whole heart and soul. 2. Love your neighbor as you love yourself. Islam denies both of these Commandments by preaching hatred of nonbelievers. This is enough to condemn it as a false religion. Worse, it might be considered to be a complete falsehood instigated by the devil himself to deceive and mislead humanity.”

“Bolsheviks don’t care if you hate Christians and make derogatory stories about them, but do that about a Muslim or make fun of their backwards, barbaric, Medieval, ignorant, intolerant religion and watch the Bolsheviks go nuts! Think about how these Muslims base their entire religion on sex and maybe even ‘rape.’ So your whole existence is to go to heaven and have sex with 72 virgins. Maybe even rape them since they are virgins after all…. But that’s your modern day Muslim religion. But you aren’t supposed to say anything negative about Islam according to the Bolsheviks.”

And bear in mind that some of the most offensive comments have apparently been deleted. As one critic noted: “I see the moderator of this particular story is a spineless sap who trembles when a poster confronts the pedophile freak known as moohamet and his sick cult known as Islime.”

Denis Leary must be really proud of himself. 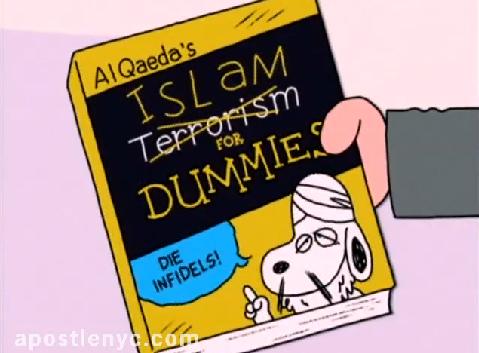