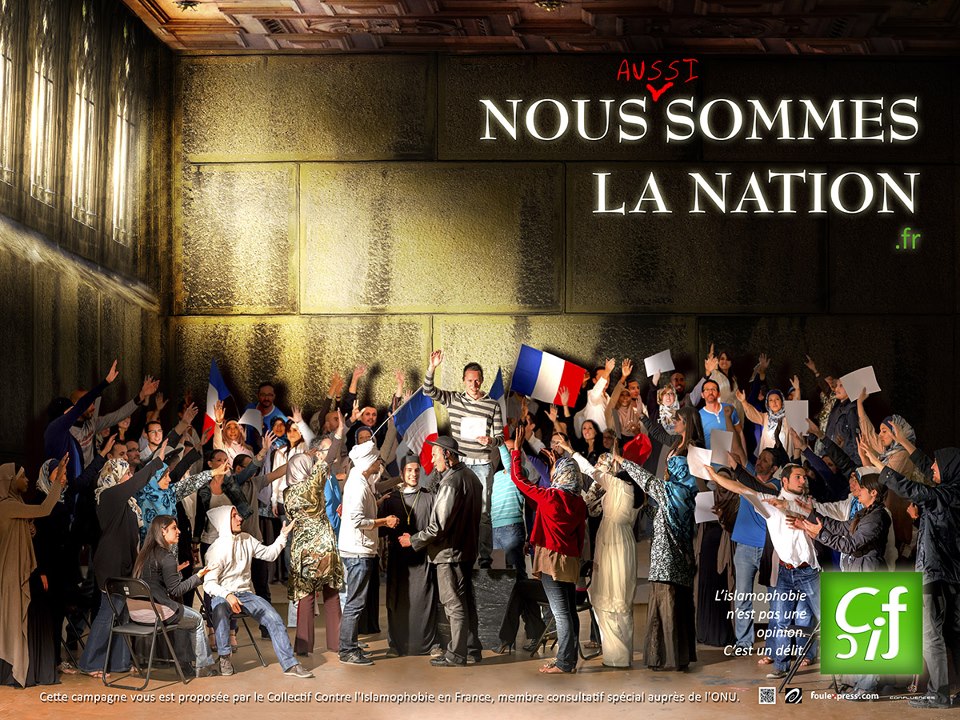 An anti-Islamophobia campaign has been banned from Paris public transport because of its political and religious connotations.

The CCIF has made public a letter explaining RATP’s conclusion that the appearance of symbols like the veil, payots (side curls worn by Orthodox Jews) and crucifixes alongside the phrase “We (too) are the nation” plus the French flag was politically charged.

One of the posters of the “We (too) are the nation” campaign is a reworking of the Tennis Court Oath painting by Jacques-Louis David (depicting a key meeting in the run-up to the French Revolution), redesigned to give a more diverse range of religious and ethnic identities to the figures involved.

CCIF spokeswoman Lila Charef said: “Just because a poster shows a religious symbol, does not make it religious. On the contrary, our message is all-inclusive. We are still asking ourselves about the real motivation of this refusal.

“This campaign targets prejudice, Islamaphobia and stigmatising dialogue which divides citizens rather than bringing them together while our country moves through a difficult period socially and economically.”