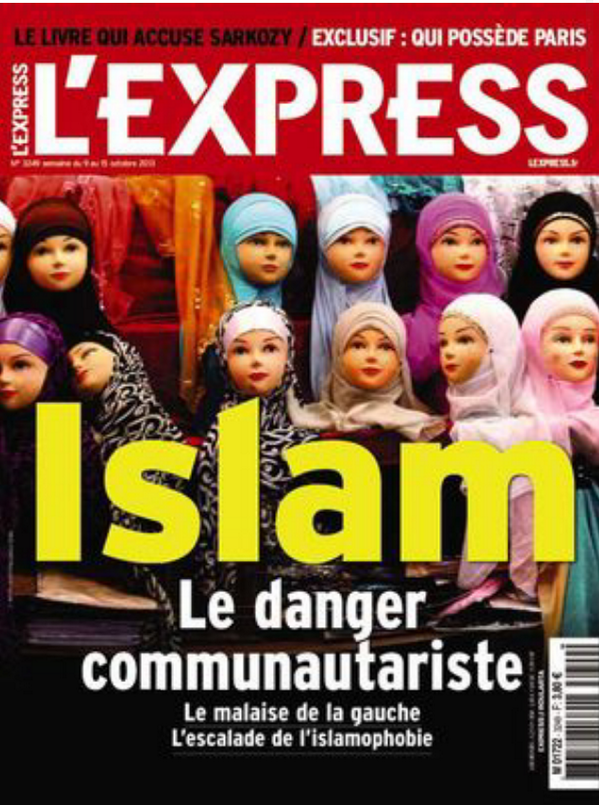 This was the front of last week’s edition of the French weekly L’Express. The Collectif contre l’Islamophobie en France points out that it was just the latest in a series of shock covers about Islam, and not only in l’Express.

It shows a shop window with mannequins with headscarves, accompanied by the headline “Islam, the danger of communalism”, which as the CCIF points out suggests that the mere act of wearing the hijab represents a threat to social cohesion.

An accompanying editorial in the magazine “merely repeats a series of clichés and very tendentious ideological assumptions about Islam”, the CCIF writes – for example by depicting the events at Trappes, where clashes were provoked by police harassment of a Muslim couple, as a symptom of communalism.

The CCIF notes that Christophe Barbier, the managing editor of l’Express, has openly admitted that the purpose of such journalism is to shock and thereby increase sales. As the CCIF points out, this “comes at the cost of a stigmatisation that is intended to foster a climate of suspicion towards Muslims in a context where Islamophobia has never been stronger”.

The CCIF reaffirms its commitment resisting the demonisation of Muslims and the attempts by politicians in the forthcoming municipal elections to portray the exercise of freedom of religion as a danger to society. 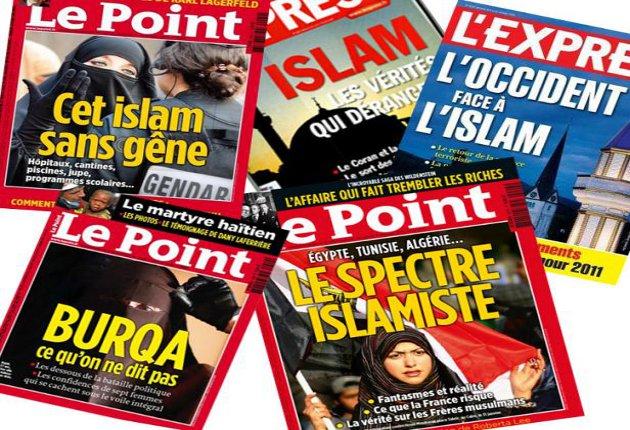