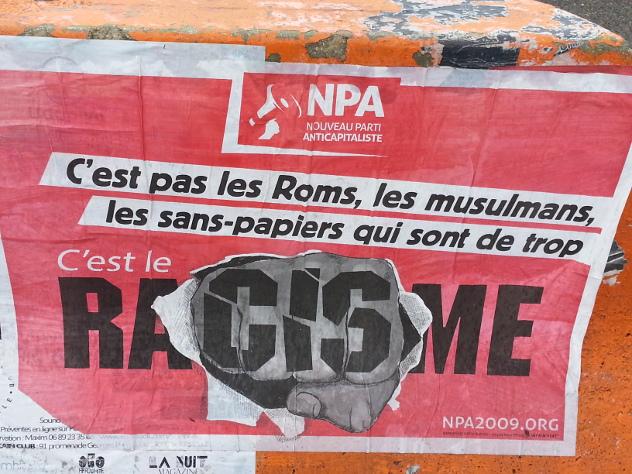 The Collectif contre l’Islamophobie en France has posted a short comment piece noting that that, when it comes to the struggle against racism, the republican values of égalité and fraternité among French citizens have been abandoned by the country’s political parties.

During last year’s presidential elections the candidates competed with each other in whipping up Islamophobia. The CCIF quotes an Amnesty International report on anti-Muslim discrimination from April 2012: “Rather than countering these prejudices, political parties and public officials are all too often pandering to them in their quest for votes.”

The CCIF observes that it is political forces on the left of the political spectrum that have often been the worst offenders. The present Parti Socialiste government’s year in office has been marked by a series of false polemics and discriminatory acts directed against the Muslim community.

Voices have been raised within the French left in opposition to this. Last month a group of members and supporters of the Front de Gauche published a hard-hitting open letter denouncing the abuse of secularist arguments to justify the oppression of the Muslim community and calling for a mass campaign against Islamophobia.

The poster above, produced by the Nouveau Parti Anticapitaliste, is applauded by the CCIF as the sort of anti-racist propaganda the left should be producing. The CCIF regrets that the NPA’s stand is an exception, rather than being the automatic response of all sections of the French left.