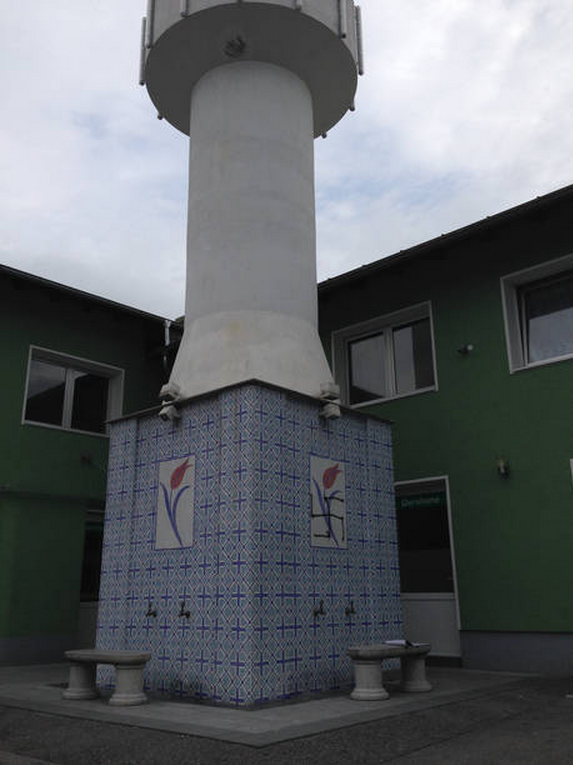 A mosque in the town of Telfs, in Tyrol, which is known for its distinctive white minaret has been defaced with swastikas.

The Nazi symbol was sprayed in black paint overnight on Tuesday, around the entrance to the mosque and on some mosaic tiles. It is not known who defaced the mosque but the State Office for the Protection of the Constitution has launched an investigation.

END_OF_DOCUMENT_TOKEN_TO_BE_REPLACED 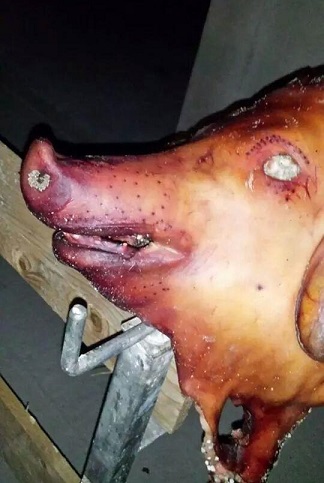 A pig’s head has been left on the construction site of a planned Turkish Islamic high school in Vienna, in what is believed to be an Islamophobic attack. Images posted on Twitter appeared to show a pig’s head impaled on scaffolding.

Police spokesman Patrick Maierhofer confirmed that the images were authentic and said they were taken “in the Islamic centre in Florian-Hedorfer street. We are investigating and have referred the case to the Federal Office for the Protection of the Constitution.”

It’s not known who left the pig’s head at the centre, but even if someone confesses there is little the police can do as nothing was damaged and therefore there are no criminal charges.

END_OF_DOCUMENT_TOKEN_TO_BE_REPLACED

The Austria Presse Agentur reports that a proposal by the far-right Freedom Party (FPÖ) to introduce a law on the French model banning the “concealment of the face in public space” has failed to find a majority in the Austrian parliament.

Only the Team Stronach party supported the FPÖ’s demand for an anti-‘burqa’ bill.

While the FPÖ MP Carmen Gartelgruber denounced the veil as “a symbol of the oppression of women”, Nurten Yilmaz of the Social Democratic Party (SPÖ) questioned the feminist credentials of a party who had opposed changing a line in the national anthem that referred to Austria as the “home of great sons” to “home of great daughters and sons”.

END_OF_DOCUMENT_TOKEN_TO_BE_REPLACED

The leader of the right-wing Austrian Freedom Party (FPÖ) says that a burqa ban as proposed by his party isn’t enough, and that he’d like to ban the chador as well, according to a report in the news daily Heute.

After last week’s decision by the Strasbourg-based European Court of Human Rights (ECHR) which supported France’s ban on religious headgear, the Freedom Party announced that they would be introducing a similar measure into Austria’s parliament.

The rule is intended to target the burqa, a traditional garment from the Middle East which completely covers the wearer, including the hair and face.

Now Heinz-Christian Strache, leader of the Austrian Freedom Party, has stated that the proposed ban doesn’t go far enough, and should be extended to include the chador, a traditional Persian head scarf which leaves the face uncovered.

END_OF_DOCUMENT_TOKEN_TO_BE_REPLACED

As part of his party’s plan to introduce a bill banning full-face veils, Austrian politician Heinz-Christian Strache posted on a social network an image of a young blonde woman with the phrase “Too beautiful for a veil.”

The campaign was launched by the right-wing Austrian Freedom Party (FPÖ) leader and Member of Parliament Heinz-Christian Strache on his Facebook page. According to the politician, the poster is aimed “against the Islamization of Europe.”

The image refers to the party’s recent call for a ban on wearing the Muslim burqa in public. Based on the judgement by the European Court of Human Rights, who didn’t oppose the legality of the French burqa ban of 2011, FPÖ plans to introduce the same bill into the Austrian parliament next week.

“In many conservative circles of Islamic immigration society there is a prevailing view that women are second-class citizens,” party spokeswoman Carmen Gartelgruber commented, adding that “one of the many tools of oppression is the burqa.”

END_OF_DOCUMENT_TOKEN_TO_BE_REPLACED

Austria’s Freedom Party (FPÖ) is calling for a ban on burqas, after the Strasbourg-based European Court of Human Rights (ECHR) backed France’s rules on religious headgear on Tuesday, when it ruled the country’s law banning full-face veils in public was legal.

The ECHR ruled that France’s ban on the wearing of the full-face veil in public does not violate the human rights of Muslim women. Judges said the law was justified on the grounds of social cohesion.

Freedom Party spokeswoman Carmen Gartelgruber said that in the “wide, conservative circles of Islamic immigration society”, the opinion prevails that women are second-class citizens. One of the many instruments for oppressing women is the burqa, she added.

END_OF_DOCUMENT_TOKEN_TO_BE_REPLACED

Disgraced Tyrolean politician Werner Königshofer stood in the dock again Friday, to face charges of religious incitement for a publication he had posted on his blog. He was fined €800 for disparaging both the religion of Islam and the Turkish ethnic group.

The case stems from a document, entitled “Tirol or Türol” (implying that the region is being overrun by Turks). Published without a named author, the document generally disparages Turks and Islam in ethno-racist terms, citing – according to Der Standard newspaper – the ‘creeping orientalism’ of the state, and describing the Turkish immigrants in the region as ‘seed cannons.’

The court found that despite protections on freedom of speech being generally guaranteed in Austria, that there were boundaries, and that Königshofer had crossed them.

END_OF_DOCUMENT_TOKEN_TO_BE_REPLACED

A doctor working for the Red Cross in the Austrian city of Linz has caused outrage by criticizing a blood donation campaign by an Islamic charity, claiming that Muslims who come from Muslim countries have bad blood.

The IRG foundation has been campaigning for Muslims to donate blood, but the Red Cross doctor’s claim that Muslims all at very least have Hepititus B left charity worker Aysun Ozdemir shocked.

Ozdemir personally spoke with the doctor over the phone on February 5, criticizing the comments and informing the doctor that illnesses have got nothing to do with one’s ethnic or religious background.

Ozdemir also told the doctor that the IRG foundation is an Austria-based foundation for Austrian Muslims, and that she herself had been in Austria for 23 years since she was two years old, but the doctor reportedly ignored this.

END_OF_DOCUMENT_TOKEN_TO_BE_REPLACED

The parties, which include France’s Front National, are teaming up against two common enemies: Brussels and Islam, the newspaper said. The Netherlands’ PVV, Belgium’s Vlaams Belang, Italy’s Liga Norte, Swedish democrats and Austria’s Freedom Party met at a hotel in Vienna to discuss the outlines of their collaboration.

The meeting happened in secret so as not to attract the attention of possible demonstrators, the paper said, and to be able to devote their time to strategizing about the future of the far-right in Europe.

But Andreas Mölzer, the organizer of the meeting and an Austrian member of the European Parliament, confirmed the meeting took place. “The points that unite us are more important than those that separate us,” he told Liberation.

The National Front declined to comment for this story.

Vlaams Belang’s Filip Claeys told Flemish newspaper De Morgen he would join the meeting the next day. “We are going to define a number of themes tomorrow to go to voters together,” Claeys said. “Think migration and the extension of the European Union.”

The politicians aim to form a political party in the European Parliament, the newspaper reported, for which they need 25 representatives from seven countries. They also wish to draw up a common list of issues to address in parliament, as well as smooth over their differences from the past.