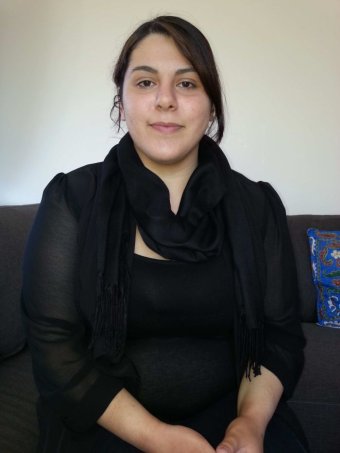 Canberra Muslim woman Nurcan Baran says she has stopped wearing her hijab for fear of being attacked.

The 22-year-old mother and part-time law student at the University of Canberra began thinking about wearing a hijab at 13, but did not start wearing one until she was overseas in 2012 aged 19. The self-proclaimed “proud Muslim feminist” emphasised she chose to wear the hijab and was not forced.

“They say it is meant to stop men looking for you. It is not,” she said. “It is for that woman’s own modesty and I think instead of being viewed as a tool of oppression it needs to be viewed as a woman’s choice.”

But Mrs Baran said she chose to stop wearing the hijab in December 2013 because of negative treatment she was receiving in Canberra. She told 7.30 ACT she was worried she would be attacked while out with her daughter and felt forced to take off the hijab in order to feel safe.

She said there was no difference between those forcing women to cover up and those forcing women to uncover. “I don’t think men have the right to tell women how to dress whether you are Western or from the Middle East,” she said. “I think we really need to make it clear that they really don’t have that right.”

Mrs Baran said she was treated differently to women who do not wear a hijab. “When I was in labour, I went to the delivery ward uncovered because I wanted to make sure that I get the best possible treatment,” she said.

“A look, a grimace, is just as bad. [It’s] a look of silent judgment and it is pretty much the same as verbal abuse because you don’t know what is behind that look and it stays with you. By itself it might be insignificant but when you go through it every single day and every time you go out it really ruins your self confidence… that was one of the reasons why I took it [the hijab] off.”

“I put it down to probably she was having a bad day, we all have those and I sat down and I waited to be seen by someone else,” she said. “Then I saw her treat another person who wasn’t in a hijab, much kinder. That was one of the first instances where I realised that this is really becoming very bad and I left the building and I cried because I felt very isolated.”

But Mrs Baran said the current political climate was particularly worrying to the Canberra Muslim community.

“I knew after the election and the new Prime Minister, and the minority parties that he was backing, I knew that the climate would change in Australia,” she said. “It was in January or December when I decided to take it off, I knew that something was going to change and Islamophobia was present before then but I knew it was going to get worse.”