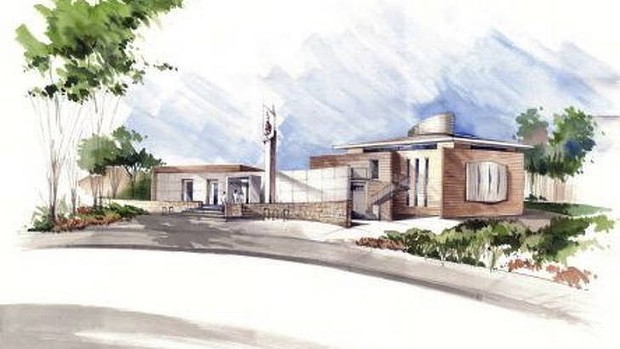 The opponents to the Gungahlin Mosque have won more time to build their case against the development, but have lost a bid to include a Christian fundamentalist activist in the proceedings.

And the Concerned Citizens of Canberra – who had just six members and $2159 in assets in October last year – have been told they must fork out $25,000 in security before the case can go ahead, after fears were raised about their ability to pay court costs if ordered to do so.

The application to build the 500-capacity mosque on The Valley Avenue was approved by the city’s planning authority in August last year.

That decision was made in the face of vocal opposition from a group named the Concerned Citizens of Canberra, who attempted to drum up opposition to the mosque, delivering thousands of flyers to nearby homes.

The group then launched legal action against the ACT Planning and Land Authority over the decision to approve the mosque.

Initially, the proceedings were focused on a decision by the planning authority to not extend the period of public consultation on the proposed mosque.

The Concerned Citizens of Canberra then extended the legal action to challenge the actual decision to approve the mosque.

But the group missed a deadline to make that challenge, after they mistakenly went to the ACT Civil and Administrative Tribunal, instead of the ACT Supreme Court.

The group claimed it was mislead about which forum was appropriate to fight the decision, but that was not accepted by Acting Supreme Court Justice Margaret Sidis.

In a judgment on Tuesday, Acting Justice Sidis gave the group the chance to challenge the decision to approve the mosque.

Justice Sidis noted there was evidence that there were individuals standing behind the group who had the means to pay the $25,000.

She said one of those individuals was Irwin Ross, a Christian fundamentalist activist who lived at least 15 kilometres from the proposed Valley Avenue site and who acted as the Concerned Citizens of Canberra spokesman.

Mr Ross had attempted to join as a party to the proceedings, while keeping his name suppressed to protect himself from “further unfavourable media attention”.

But Acting Justice Sidis dismissed Mr Ross’ attempts to join the legal battle, saying she was not satisfied that the interests of justice demanded it, and she said the suppression of his name was not in the public interest.

The Concerned Citizens of Canberra argued they should not have to pay the security, first saying their “genuine concern” at the decision making process should not be frustrated by a lack of resources.

The group then said the public interest issues in the case should prompt the court to exercise its discretion to not force the group to pay the $25,000 security.

They listed two issues of “public interest” arising out of their opposition to the mosque: protection of the environment, and the “purposes of maintaining religious or ethical standards”.

Justice Sidis rejected both of those arguments.

The Concerned Citizens of Canberra must now submit an amended challenge to the court and pay the security by April 30.

If the $25,000 is not paid, the court will consider an application by the chief planning executives to throw the case out.

The Canberra Muslim Community has chosen not to be party to the proceedings, but are closely observing the legal battle.