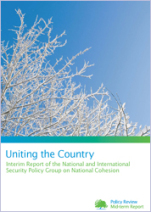 David Cameron was under fire yesterday after it emerged that the radical Muslim scholar Yusuf al-Qaradawi had been admitted into the UK when the Tory leader was working in the Home Office.

Cameron, at prime minister’s question time on Wednesday, demanded that Gordon Brown ban al-Qaradawi: “He was banned by a former Conservative home secretary, so why will the government not ban him?”

But al-Qaradawi was allowed into the country five times by a Conservative home secretary, Michael Howard. On at least one of those occasions, in August 1993, Cameron was a special adviser to Howard.

Cameron based his claim on a mistake in a news story, subsequently corrected, in the Guardian in January last year.

For the earlier Guardian article, with correction, see here. The Guardian in fact made the mistake because it had simply repeated the groundless assertion in Uniting the Country, Pauline Neville-Jones’ report for the Tory Party (p.8 – pdf here), that Qaradawi “was banned from entering Britain by Mr Michael Howard when Home Secretary but has been allowed to visit the UK subsequently at the insistence of Mayor Livingstone”.

Cameron’s claim that Qaradawi “believes that the penalty for homosexuality is death” is also taken directly from Neville-Jones’ ignorant report. He obviously knows nothing about the subject.