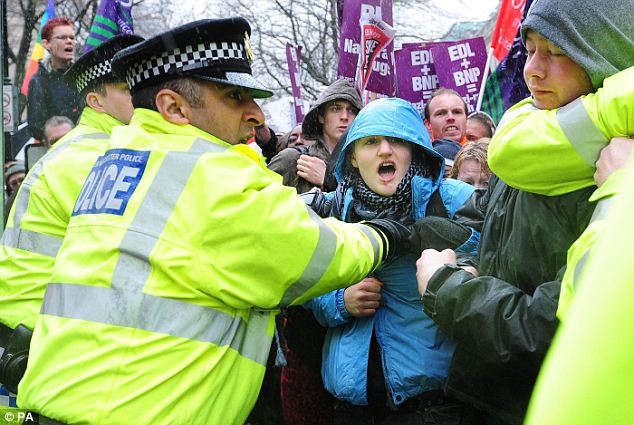 A group of antifascist protesters are calling for a public inquiry into the policing of last year’s English Defence League rally in Bolton.

Justice4bolton claim Unite Against Fascism members, who were protesting against the EDL in Victoria Square last March, were “mistreated” by police. The group is now calling for a public inquiry into the policing of the event, with particular focus on the arrest of protestor Alan Clough.

Alan Clough, of Ainsworth Road, Radcliffe, was due to stand trial at Bolton Magistrates’ Court accused of threatening, abusive or insulting words or behaviour at the rally, but the Crown Prosecution Service decided not to proceed after viewing video footage of the rally. Justice4bolton alleges that the footage shows Mr Clough being pushed by police officers and hit on the head with a baton before being pushed to the ground and arrested.

An independent investigation into the day’s events, which is being led by the Independent Police Complaints Commission, is already underway, including the circumstances of Mr Clough’s arrest.

Justice4bolton also wants the government to create “enforceable procedures” on how to police protests and is asking the trade unions to fund their list of demands, or action plan.