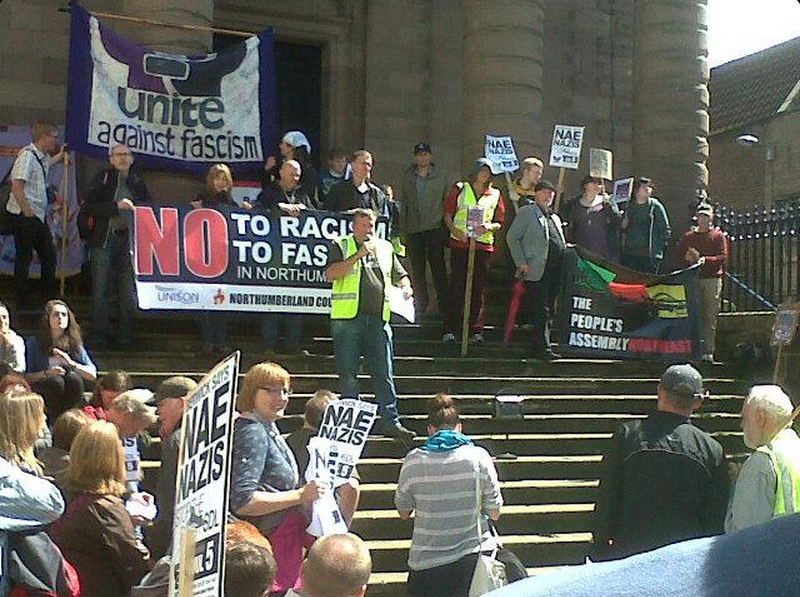 Berwick Chamber of Trade’s chairman has led calls for a ban on future protest marches through the town by far-right groups.

John Haswell was speaking after the Ban the Burka demonstration by the Scottish Defence League and North East Infidels on Saturday. “They shouldn’t be allowed back,” he said. “It doesn’t do our reputation any good at all. We’re a seaside tourist town and this is the last sort of thing we want our visitors to see.” A survey he carried out before the event found 155 shops and businesses did not want the protest march coming through town.

Several businesses including Pier Red on Castlegate and The Leaping Salmon on Golden Square stayed closed, sacrificing profits to avoid the risk of potential trouble. Terri Conway, duty manager at The Leaping Salmon, said: “It was just the chance of something happening – we closed last year when the SDL came to march, and we would close again if they came next year. Obviously being closed on a Saturday, when the weather was eventually so nice, hit us very hard.”

Around 40 right-wing protesters marched down Castlegate, along Walkergate to The Parade and back via Cowport to the railway station. A 100-strong counter-demonstration organised by Berwick Trades Union Council [pictured] took place on Marygate at the same time.

Phil Thompson, secretary of Berwick TUC, said: “It is vital that we continue to organise, to unite, to make sure they are not allowed to spread their racist and Islamophobic hatred and violence in our community.”

One 39-year-old man, from within the SDL march, was arrested for disorderly conduct and summonsed to appear at court.

Northumberland Chief Superintendent Gordon Milward said: “Our aim was to facilitate the marches peacefully and with minimal disruption caused to local people. I think we achieved that, with events on the day passing safely and without any disorder.”

Police received widespread praise for their handling of the event, despite continued concerns about the cost of the policing operation. Mr Haswell said: “It was extremely well policed. Senior officers had assured me beforehand they would handle it and that turned out to be the case.”

Ch Supt Millward said: “My staff on the ground received considerable positive comment from those who were working in or visiting the town. The people who took part in the marches worked constructively with my officers and I’d like to thank the people of Berwick for their patience and cooperation throughout Saturday.” 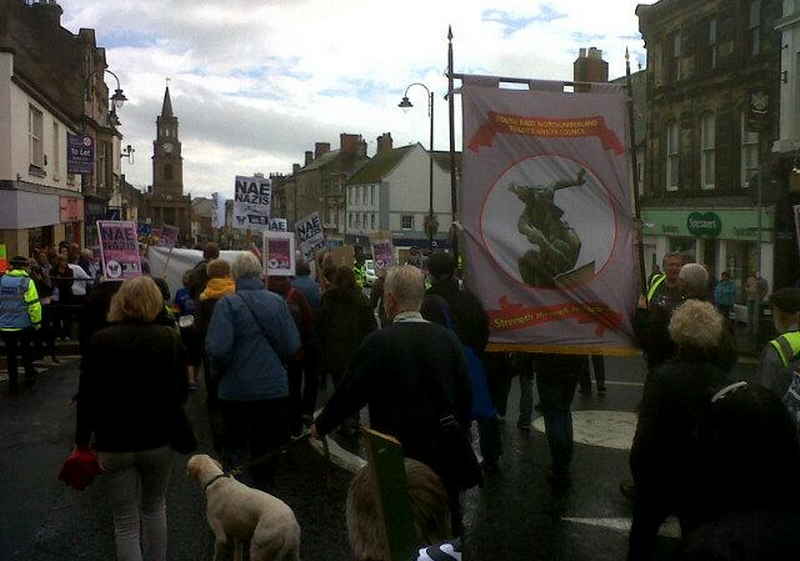