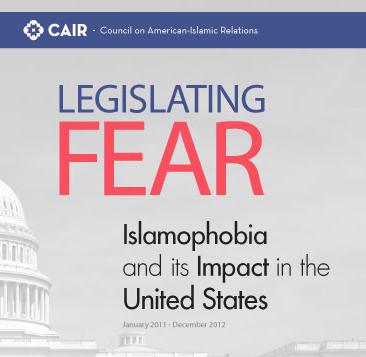 On Tuesday, September 17, the Council on American-Islamic Relations (CAIR) will hold a press conference to release a groundbreaking report, “Legislating Fear: Islamophobia and its Impact in the United States 2011-2012.”

This is CAIR’s second report on Islamophobia in the United States. The first report, “Same Hate, New Target“, was published in 2010 and argued that anti-Islam sentiment is a manifestation of problems minorities have faced in the U.S. throughout its history.