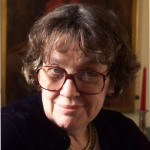 “There’s a climate of fear in the US among the military, law-enforcers, policy-makers, the media, opinion-formers and many ordinary citizens. A major cause is the intimidating Council on American-Islamic Relations (CAIR), which is dedicated to Muslim empowerment, receives substantial funding from Arab governments and has been accused by federal prosecutors of funnelling money to Hamas.

“So effective and ruthless is CAIR that anyone in authority worries before doing anything that can be misrepresented as anti-Muslim and lead to lawsuits citing religious or racial discrimination. There were plenty of people who might have prevented the psychiatrist Major Nidal Malik Hasan from murdering 12 soldiers and a policeman, but were too scared to do so.”